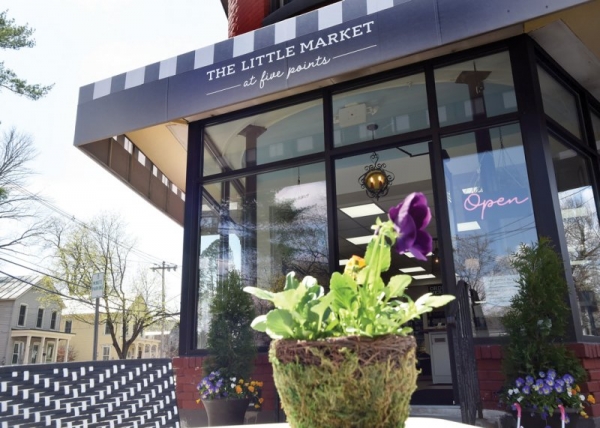 SARATOGA SPRINGS — An iconic Saratoga Springs market that has served community life for nearly a century has re-opened after extensive renovations with a new look, an upgraded menu and a new name.

Located just east of Broadway where Park Place and Lincoln Avenue meet Clark Street and Jefferson Street on the city’s east side – the Little Market at Five Points has re-opened in a space formerly occupied by Five Points Market & Deli.

“Going back to the 1920’s, it has always been a market of some sort,” says co-owner Jim Morris. “It’s nice to keep the tradition going.”

Husband-and-wife team Jim and Kerry Morris, and co-partner Michele Morris - “We all have the same last name, but we are not all related” – he points out, opened in late March, following an extensive 7-monyh-long renovation that saw the installation of new floors and windows, a new awning at the entryway and a new name.

Jim and Kerry Morris started the popular Scallions restaurant in the 1980s. Michele had worked at the restaurant, eventually purchased it and operated it for a generation, first on Broadway, and then on Lake Avenue, before selling it a few years ago.

Jim and Kerry meanwhile in 2007 bought the building that houses the Little Market at Five Points, making what they call the natural move to operate the deli downstairs.

“For us, we created a menu and basically started from scratch,” says Jim Morris. “We kind of upped the game on how we do things. We kept the beer, and we have the dairy.”

“We’re looking to catapult on what already was here – the breakfast sandwiches, the lunches – but adding to it,” says Michele. Those new offerings include cappuccinos and grab-n-go prepared dinner meals. “Some nice cuts of meat to take home and put on the grill and just a little more upscale than it was before,” she says. “There’s also a lot of vegetarian and vegan offerings which wasn’t something that was available before.”

The Little Market at Five Points offers indoor and outdoor seating and is currently open 8 a.m. – 4 p.m. Monday to Saturday, and 8 a.m. to 1 p.m. on Sunday. Those hours are seasonal, the owners say, and will increase moving forward into the warmer season.

For more information, visit thelittlemarket5.com or call 518-450-7068. Little Market at Five Points is located at 42 Park Place in Saratoga Springs. 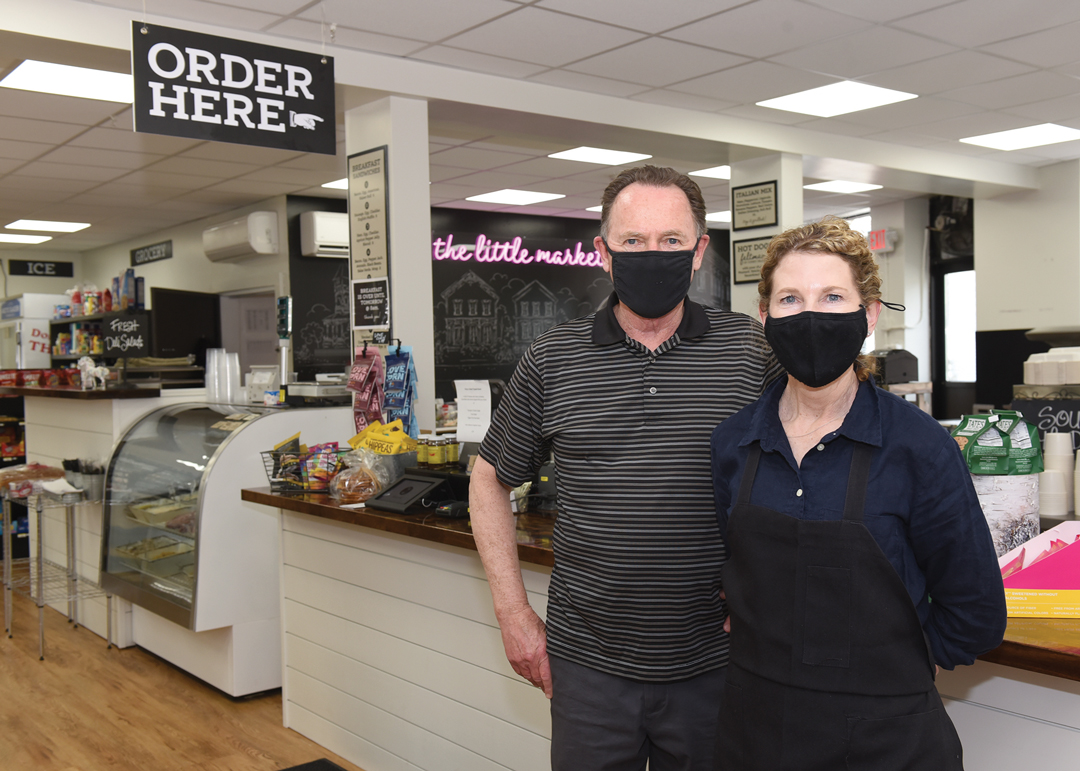 Scallions restaurant mentioned in this article can be found online at https://www.scallionsrestaurant.com/