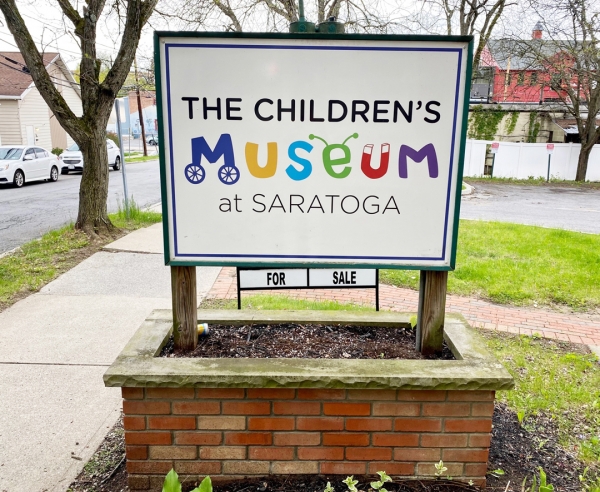 For Sale sign outside the Children’s Museum at Saratoga at 69 Caroline Street, on May 10,2021. Photo by Thomas Dimopoulos.

SARATOGA SPRINGS — After a 20-year-run on Caroline Street, the Children’s Museum at Saratoga will relocate to the Lincoln Bathhouse.

“We moved here 20 years ago and have invested a lot of time and effort into maintaining the structure, so it’s a really well-taken-care-of building. We’re hoping to be able to use whatever monies comes from the proceeds of the sale to be re-invested in this next project,” said Sarah Smith, executive director at the Children’s Museum at Saratoga.

The current building is located at 69 Caroline Street. Roohan Realty lists the 8,615 square-foot building and 25-vehicle adjacent parking lot as for sale at $2.25 million.

The new location will be situated on two floors in the rear of the Lincoln Bathhouse.

“We estimate construction will begin in August. We signed on with Bonacio Construction to do the work and right now our architect is finalizing the drawings,” Smith said. “It should take about one year so we’re hoping to open in May 2022.”

The current museum location will remain open. Should the building be sold prior to the construction of the museum’s new location, programs may temporarily be held at local venues where partnerships have already been arranged, she said.