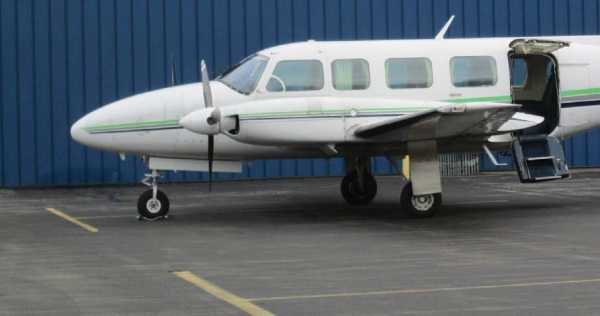 SARATOGA SPRINGS — For its 80th birthday, Saratoga County Airport may be getting a facelift.

Initially developed in 1942 and designated as necessary for national defense, the county airport was built as a Civil Aeronautics Administration project. Fed by a small two-lane road, the airport consists of two 4,000-foot runways with parallel and connecting taxiways and houses a main metal hanger that was built about 60 years ago.

Two recent unrelated events – the announcement of available funding in a new Upstate Airport Economic Development and Revitalization Initiative, and land adjacent to the airport potentially becoming obtainable for purchase – may literally alter the landscape of the airport in the near future.

What it does not mean, officials quickly point out, is a physical expansion of airport runways.

In late May, Gov. Cuomo announced $250 million would be made available as a new upstate airport economic development and revitalization initiative, with $230 million targeting projects that promote and accelerate improvements at upstate commercial passenger service airports, and $20 million to be allocated to support safety, infrastructure, and economic development projects at smaller airports.

The planning, design and construction of terminal expansion or rehabilitation is listed as one example of activities eligible for funding.

“There have been some major renovations down at LaGuardia, and at JFK, so the governor is saying to upstate airports: hey we don’t want to leave you out and we’re happy to fund some improvements,” said Matthew Veitch, city Supervisor, and chairman of county Buildings and Grounds Committee which counts the airport as among its responsibilities.

“We feel one of the things our airport lacks is a good terminal building. The idea would be to enhance the airport with some sort of better terminal for both - the experience of people arriving in Saratoga County and also for the people who are waiting there for people to arrive,” Veitch said.

Saratoga County Airport is one of 24 public-use airports eligible for the competition, which also includes the Adirondack Regional Airport, the Floyd Bennett Memorial Airport, the Schenectady County Airport and the Albany International Airport Authority. Funding applications are due by Sept. 15. Candidate projects will be evaluated on their ability to meet eligibility criteria and also be ranked in a scoring process.

“The minimum award is $5 million, and we would be looking at something north of that,” said Chad Cooke, the county’s commissioner of public works. “We’re at that (discussion) stage right now, where we’re refining ideas moving forward.” The county’s DPW has operated the airport since the Airport was turned over to the county in 1969.

The revitalization initiative could potentially fund improvements to the airport’s warehouse-looking terminal building, as well as site a café and business center.

A second aspect of discussion related to the airport are runway protection zones.

“The immediate thing we’re looking at is related to safety at the airport,” Veitch said. “There are a couple of properties located within what is called the runway protection zone. The FAA requires us to look at those areas and evaluate them for safety purposes.  At the end of the runway is a trapezoidal shaped area we try to keep clear of any obstructions if there would be an issue of a plane having to land outside of the runway area. This could be houses, trees, anything higher than a certain point. We’re asked to evaluate those areas, and if possible, acquire property to keep those areas clear of obstruction.”

Cook says the zones – which are basically flat land buffers around the airport – have always existed, but two of the specific have become available for acquisition. “When this happens the FAA always encourages airport owners to seek acquisition of those properties, essentially so you can maintain vegetation growth so planes can safely descend and climb when approaching or leaving the runway.”

One property is on Rowland Street and has a home on it. Were the county to purchase it, the land would be cleared and the existing structure potentially taken down. “Would we try to forcibly acquire that? We wouldn’t do that. We would only do it if it was available for purchase,” Veitch said.

The other property, a roughly 20-acre undeveloped parcel, is located on the northwest side of the airport, adjacent to Stone Church Road. Only a portion of the entire parcel is located in the runway protection zone, and were the county to purchase it, Veitch said that the property could possibly be left as open space and used for public use such as trails.

“We are in discussions with the FAA right now about seeking reimbursement through grant funds for those (potential) purchases. These types of arrangements are something supported by the FAA typically, but the county would need to pay for them first and seek reimbursement,” Cooke said.

During the county’s Buildings and Grounds Committee meeting in June, Turner Bradford, senior engineer at McFarland-Johnson, explained to the committee that the purchase of both parcels would potentially be 95% reimbursed - 90% by the FAA and 5% by DOT. While the county would be required to initially pay for the purchase, under this formula, it would essentially be paying 5% in costs after reimbursement.

Milton Town Supervisor Benny Zlotnick expressed concern about the county potentially expanding the airport if it acquires the properties. Veitch said the current airport master plan does not include expanding the runways or making them longer in any way.

“One of the things we’re not doing at the airport - and we should make this clear - we’re not expanding our runway area or making it longer. So that limits the type of plane that can come to Saratoga County – smaller jets and smaller propellor planes, those kinds of things. We’re not looking at commercial service or any kind of airline coming here. It’s really the same kind of operation, with a better experience.”

Read 70 times Last modified on Tuesday, 06 July 2021 13:52
Tweet
Published in News
More in this category: « Cybersecurity Awareness in the Construction Industry It’s Time To Meet! »
back to top