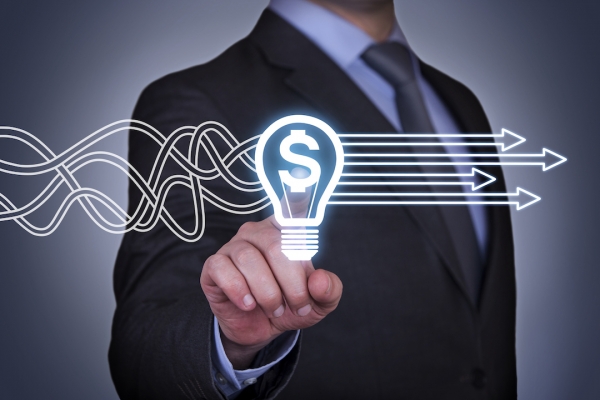 For anyone with an economics background the last year has been an interesting opportunity to witness the theories and accepted tenets put to the test. We’ve seen an unprecedented shutdown of much of the private sector, a displacement of workers in nearly every sector, a breakdown of the supply chains providing the basic necessities of everyday life, and a massive taking from future taxpayers to help keep businesses and households afloat while government agencies debate a myriad of policy solutions of varying efficacy.

At its core, what this year has shown us is that economies are far too large and infinitely interconnected to be manipulated with precision: every policy has unintended consequences. Some of these turn out to be beneficial, and some to our detriment.

Because the economy was in such a strong position prior to the pandemic, we believe the timeline and breadth of the recovery will be relatively short and wide. Had we been in an economic downturn at the end of 2019, we would be singing a very different tune.

The US government pumped $5 Trillion into the economy last year in an effort to help households and businesses bridge the pandemic. While the intention is laudable, it is not without consequences. This money will need to be paid back at some point, with interest, by our children and grandchildren. Expect future tax rates to consequently be higher than today.

Having increased the money supply by 30% in just one year, the economy is now awash in cash, and is ripe to experience higher rates of inflation than many of us have seen in a very long time. For over a decade, inflation has been extremely tame, but that is unlikely to last. Cases in point: the price of gas is up over 20% from pre-pandemic levels, and used cars are up 30% while clothing is up 7%. Higher inflation hurts the most economically vulnerable among us, including low-income families and the elderly, and may further exacerbate social inequities we are purportedly committed to quelling.

A lack of supply is also working to drive up prices. Everything from chicken wings to motor vehicles are seeing steep price increases due to strained supply chains and heightened demand. While some of this is simply due to a lag from the time production resumes to when consumers receive goods, a large part is also due to a lack of the most basic resource in production: labor.

There are some who will say that the current unemployment benefits are not high enough to replace lost wages, and therefore cannot be a disincentivizing workers from returning to work. That simply isn’t true. Even if we grant that benefits are not high enough to replace earnings in every case, for the remainder we need to acknowledge that there is a benefit derived from just not doing anything. In other words, for many, the sum of the benefit derived from staying home, and the benefits received from the State is higher than the benefit of returning to work. While that’s well-intentioned, it’s not helpful to the recovery.

If I’m wrong, you won’t see any improvement in unemployment figures as benefits wind down.

Furthermore, since we’re paying people to stay home, potential employers are not competing for labor at the market rate, they are competing with the State for labor at a subsidized rate. As a result, we’re seeing huge increases in wages for traditionally low-paying jobs. Many fast food restaurants in our area are offering more than $15.50/hour to start, and teen employment is at its highest level in decades as teens happily take jobs from those still sitting on the sidelines. Higher input costs yield higher output prices.

Markets are efficient, sometimes painfully. These issues will generally work themselves out on the macro level, but that means many may be left worse off in the wake.

As unemployment benefits wane, a glut of labor is likely to hit the workforce, which could actually end up driving down wages in many sectors, especially for workers in lower-skilled positions. With prices likely to increase for some time, these workers will be even more greatly impacted.

While we don’t expect the hyper inflation of the 1980s, we do expect higher inflation than many have ever experienced. At some point, sooner than many anticipate, the Fed will need to raise interest rates, which will have a cascading effect through the economy. As the cost of borrowing increases, businesses will be less able to build or upgrade factories and equipment to increase production. The cost of home ownership will continue to rise.

It’s not all doom and gloom, and we think the coming year should continue to improve for most, but we are concerned about the long-term well-being of those who may be less able to adapt to what could be a rapidly changing economic landscape.

With all of the changes we’re sure to experience as the recovery picture becomes more clear, it’s as important as ever to make sure you work closely with your CFP® to chart your path through the recovery, and to capitalize on opportunities wherever they may be. Your commitment to your goals doesn’t change, but your strategy may need to.

Stephen Kyne, CFP® is a Partner at Sterling Manor Financial in Saratoga Springs and Rhinebeck.

Read 165 times Last modified on Friday, 09 July 2021 15:52
Tweet
Published in News
More in this category: « Saratoga Casino Hotel Foundation Grant Process Open The Roaring Twenties Are Back – Use My 24-Hour Rule to Enjoy Them! »
back to top