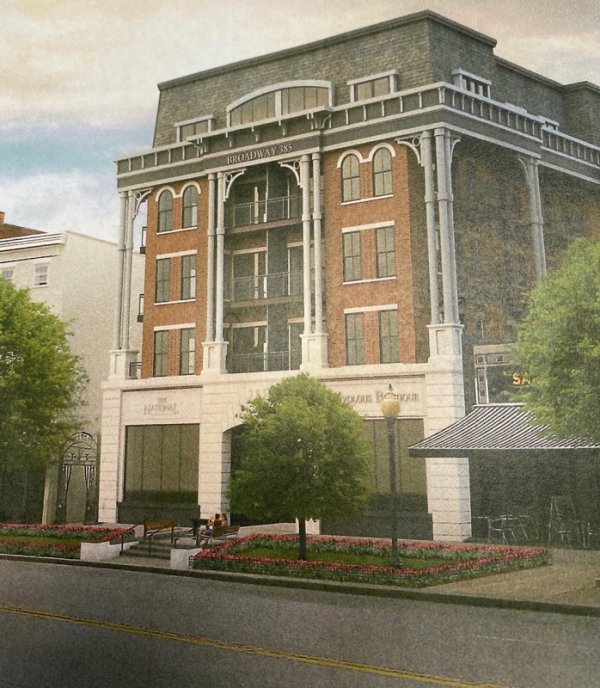 Owner Kerry Fagan has signed a 5-year lease for a 2,000 square foot storefront at 385 Broadway next to Druthers Brewing Co. The space is in a newly constructed building where The National, a men’s clothing store owned by the partners at Saratoga National Golf Club, once stood and offers 69 apartments above the commercial space. Mark Thomas Men’s Apparel will take up 1,100 square feet of the space, while Olde Saratoga Coin will be moving to the other 900 square feet. C2 Architects and Greco Construction will be handling the buildout, with plans to make a movable divider or set of barn doors between the stores.

“I’ve been looking for a place for several years, and this was a huge opportunity,” said Fagan.

The Mark Thomas Men’s Apparel in Albany is located at 5 Metro Park Drive off Wolf Road and has two full-time tailors.

“Business has never been busier with the weddings, the track, and other business events to get dressed up for now,” said Fagan. “We are able to offer better goods and better services.”

Fagan said they are in the hiring process for the new location and is hoping to make some new customers on Broadway. He is also looking forward to seeing his current Saratoga County customers and working with the landlord of the space as his business fills the shoes, or rather the suit, of The National.

You can check out Mark Thomas Men’s Apparel at their Albany location and very soon on Broadway, or visit their website www.markthomasmensapparel.com.