Why You Need to Know About Bitcoin Featured 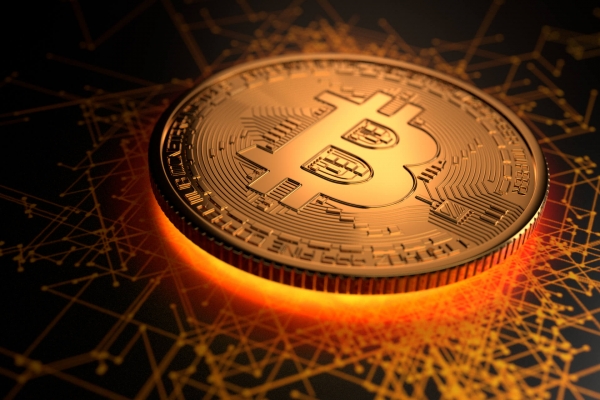 By now most of you have heard of Bitcoin, the ‘new’ currency revolutionizing finance.

Some of you may actually own a little, and a very few of you may be mining it. But what is Bitcoin and why is it important to understand this new currency?

Simply put, Bitcoin is digital money. The concept of ‘digital’ may seem bizarre to us because we’re used to tangible assets.  I can hold a dollar bill in my hand, place a gold coin in my pocket, or hang a valuable painting on the wall. But if you think about it, we are exposed to ‘digital’ currencies all the time. When I buy a car or house, I don’t walk into the bank with $100,000 in a wheelbarrow. The banking institutions transfer ones and zeros between them. Whether we realize it or not, our lives are already digitalized.

So why is Bitcoin (or any other cryptocurrency) different than our current system?

Because Bitcoin is a peer-to-peer transaction network, utilizing blockchain technology. Before we dig deeper, lets understand those two terms:

Peer-to-peer means the parties deal directly with each other. We exchange crypto currencies without a third party, or middleman.

The blockchain, while slightly more confusing, is just a digital ledger. Every single transaction, going back to the genesis block in 2009, is forever recorded on the blockchain. You can visualize each block as a sheet of ledger paper that accountants use to track transactions. But, unlike a traditional ledger, the blockchain is distributed across the entire network around the world. No business, country, or third party is in control of it.

"It is uniquely and completely a mathematical formula…it is almost a miracle of technology” said Apple co-founder and computer programmer Steve Wozniak. “Bitcoin is the digital equivalent of gold.”

So, if Bitcoin is the digital equivalent of gold, is it a good store of value, and is it too late to get in on the action? First, I will unequivocally state that I have no formal training in finance. I am not an investment advisor, nor do I play one of TV. I am simply an astute observer who sees the intrinsic value of blockchain technology and its real-world applications, which give it great value.

Let’s explore some of the reasons Bitcoin has great value. First off, it is a limited supply. There will never be more than 21 million Bitcoin in existence. As our government continues to print currency by the TRILLIONS, a limited supply sounds very attractive.

As of the writing of this article, the two top crypto currencies (Bitcoin and Ethereum) were trading at $44,000 and $3,000, respectively. Both are well above their year-over-year highs, but still below their 2021 highs. While the figures may seem intimidating, keep in mind that you don’t have to buy a full coin. You can simply purchase $100 of Bitcoin, or any other crypto currency, to get started.

If you are willing to dip your toes in the water, now may be a good time. Many crypto analysts, who are far smarter than me, have forecast a 1-year target of $100,000 for Bitcoin.  At that price, the current $46,000 rate is still quite attractive. Wouldn't you have loved to invest in amazon in 1994? That's bitcoin today.

While cryptocurrency has been somewhat of a mystery, used only by techno geeks, recent mainstream adoption has shed a new light on the crypto market. Let’s look at some news from the crypto world over the past year…

So, is Bitcoin right for you? You owe it to yourself to at least pay attention to this exciting and growing sector.  See you in the future.

Read 185 times
Tweet
Published in Financial
More in this category: « The Sandwich Generation is Growing, and So Are Its Responsibilities Fearless at the Dentist: Seniors Don’t Have to Overpay for Dental Services »
back to top