Local Unemployment: The Latest Figures and What It Means to Your Business Featured 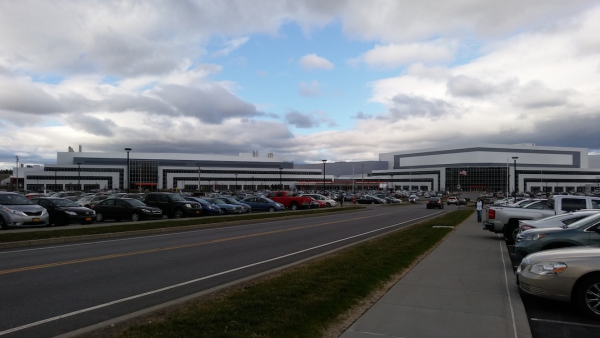 On July 19, 2021, GlobalFoundries (GF) announced its expansion plans for its most advanced manufacturing facility in upstate New York over the coming years. These plans include immediate investments to address the global chip shortage at its existing Fab 8 facility as well as construction of a new fab on the same campus that will double the site’s capacity.

The August unemployment rate in the Capital Region was 4.7%, which beats the state’s rate of 7.1 percent and the national 5.2% rate.  This represented a drop of 3.3% in the past year, largely attributable to the resilient nature of our diverse economy of this part of the state.  Other areas, with a larger reliance on certain segments such as tourism or, in the case of New York City, the hospitality/restaurant sector, remain at much higher levels, according to information released by the New York State Department of Labor.

Saratoga County, of course, does have a larger reliance on tourism dollars than other counties do, and yet in July the unemployment rate was at 4.2%.  The reason is that tourism was on the rise in this county this year, and Saratoga Springs itself did very well, in contrast to a rather rough 2020 season.  As Discover Saratoga President Darryl Leggieri reported on this forum just a few days ago, hotel occupancy rates soared compared to 2020, and that meant busy restaurants and downtown venues, and more jobs for locals.  “While we didn’t break revenue records in 2021,” said Leggieri, “the occupancy and average daily rate that our lodging partners were able to command shows a strong return to our historical patterns (2019).”

Where it gets interesting is in considering how the various curves of job growth, labor force participation rate, industry opportunity, and, unfortunately, COVID statistics intersect.  The latest national employment figures, where in September the US economy added 194,000 jobs instead of an anticipated 500,000 as various unemployment benefits expired.  The unemployment rate fell to 4.8%, apparently due to a drop in the labor force participation rate (the proportion of working-age Americans actually seeking jobs).  And anecdotally or otherwise, the increase in COVID cases, including breakthrough infections of vaccinated persons, due to the Delta and other variants has seemingly had an impact on people’s attitudes towards certain jobs, or on careers in general.  All one has to do is take a peek at their social media newsfeed to verify that presumption.  Many area business owners still report challenges finding workers, and given the relatively low unemployment rate coupled with current fears related to certain public-oriented positions, this trend may continue for some time into the future.

To put things in perspective, the Capital Region, and especially Saratoga County, are historically insulated from some of the worst economic turbulence due to our varied economy and powerful internal economic engines (manufacturing, supply chain/distribution, agriculture, tourism/hospitality) and buffered to a large degree by the large amount of government and military operations here, we simply weather the storms a lot better.  So, the numbers overall look good, and there is much reason for optimism.  We aren’t out of the woods by any means, too many area businesses are struggling for us in business leadership to feel complacent, but at least there are signs this region is moving strongly in the right direction.

GALLERY PHOTO 1: Lake Ridge Restaurant (35 Burlington Ave, Round Lake, (518) 899-6000, www.lake-ridge.com) celebrates 20 years in business this year, a great milestone especially given the challenges faced by restauranteurs since early 2020.  Partners Bob McKenna and Scott Ringwood are recognized as being among the best in the business.

GALLERY PHOTO 2: Clifton Park Town Supervisor Phil Barrett was tapped this summer to transition Saratoga County to a full Department of Health, in recognition of the population growth and modern challenges such as the ongoing COVID-19 Pandemic.  The County recently announced a job opening for the position of Director of Environmental Health Services.  For more information visit www.saratogacountyny.gov

View the embedded image gallery online at:
https://saratogabusinessreport.com/component/k2/item/335-local-unemployment-the-latest-figures-and-what-it-means-to-your-business#sigProId55fb4f2d19
More in this category: « Instacart and Hannaford Supermarkets Launch “Hannaford Now” 4 Candidates = 100 Years of Service »
back to top