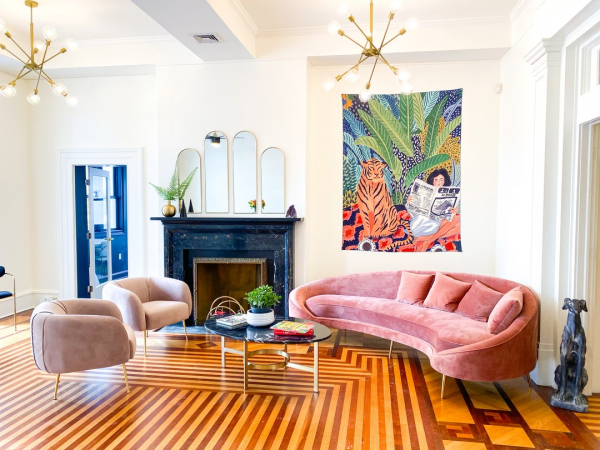 SARATOGA SPRINGS – “Saratoga is a great area for the arts,” says Sitka Creations founder and chief Tamar Russell Brown. Her company, well established in the Central Massachusetts town of Shirley, is now setting down roots in the Capital Region of New York State with a new office in Saratoga Springs. “We are looking forward to participating in the creative economy of the town and the whole New York Central Region.”

This expansion of the company will be ably undertaken in Saratoga by a native of the area, Kelly Bornt, who grew up in the shade of the Adirondack Mountains. Ms. Bornt brings a wealth of experience to her new assignment, having worked as an entrepreneur in Providence, Rhode Island, and later on in the far-flung locales of Thailand and Laos in Southeast Asia. Her homecoming to the Saratoga area will begin another stage in her more than 20 years of friendship with Ms. Russell Brown.

“We want to meet businesses that are looking to update their brand – to create or update their website or establish a strong social media presence,” says Kelly. She notes that Sitka has stood the test of time and can boast an excellent track record. Since 2002, Tamar and company have been creating design ideas for loyal customers in Central Mass., New York City, and Martha’s Vineyard. Tamar is also very proud to serve as the owner of a woman-owned company operated by a staff of six other women (seven now, with Kelly).

Sitka Creations is a graphic design studio that introduces all sorts of small businesses to the public. The company specializes in artistically designed graphic solutions in a variety of media. Its services are many and varied, with expertise in graphic design, social media consulting, web design, photography, blog management services, email newsletter services, and copywriting and editing. Sitka is already well-known for its mastery of clean typography, flexibility, and design with an international flair.

That international aura of sophistication is certainly well-earned. Ms. Russell Brown is no stranger to adventure and globe-trotting. Like Ms. Bornt, Tamar has worked and studied in different parts of the country and on two continents. A native of Tennessee, she holds a certificate in photography from Cumberland University and a Bachelor of Arts degree in design from Rhode Island College. She also studied abroad for a year at Budapesti Corvinus Egyetem in Budapest, Hungary.

Ms. Russell Brown created the company in Rockland, Maine in 2002. After a three-year adventure in New York City, she moved the operation to Central Mass. in 2012. Now she is ready to tackle a new challenge in Saratoga Springs.

Saratoga-area residents can reach the new Sitka office at:

Area residents are invited to contact Kelly Bornt at 518-645-8097 for more information about everything Sitka Creations has to offer.