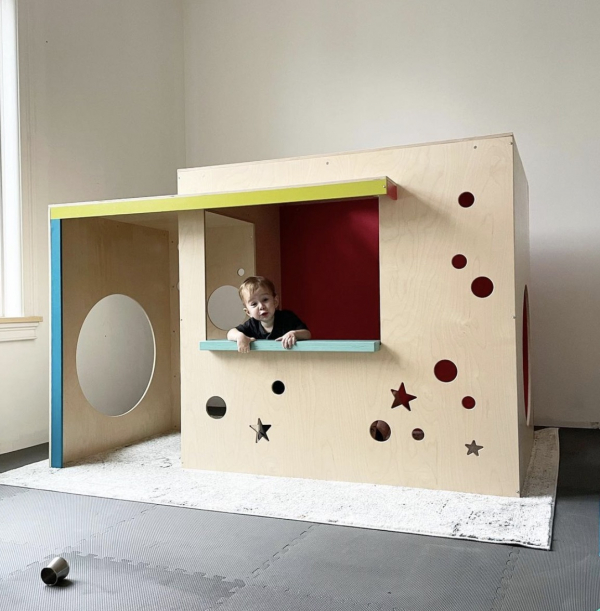 Hernandez, a local mom, envisioned Allo after struggling with her son’s medical diagnosis. She is empathetic towards the struggles of other caregivers in the area who have also had to parent during a pandemic, and it motivated her to open Allo Saratoga.

Located at 25 Lawrence Street in Saratoga Springs, Allo Saratoga has an opening date of mid-to-late November 2021. The play space for children will also host support groups, workshops, and classes. Open to all, the space has a parking lot and is stroller and wheelchair accessible.

“Supporting families is my passion,” said Hernandez, who has had a career in early childhood and experience working as a doula.

Hernandez also drew inspiration from her time as a yoga teacher to create the concept behind Allo’s name and logo, explaining that elephants are known to alloparent. Allo comes from the term Alloparenting which essentially means “it takes a village” to raise a child.

Hernandez hopes that Allo will not only be a safe space for children to play and learn and use their imagination, but will also provide a support system for parents, guardians, and caregivers – letting them know they are not alone.

Read 225 times Last modified on Wednesday, 03 November 2021 19:08
Tweet
Published in #freePR
More in this category: New Branch of a Dynamic, Arts-inspired Graphic Design Studio Coming to Saratoga Springs and Vicinity »
back to top