The Economics of Horse Racing Featured 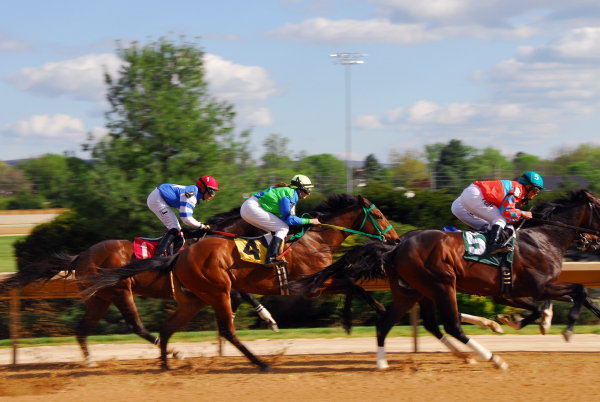 As 2021 winds to an end the state of thoroughbred racing in the United States is a decidedly mixed bag. The economics of the industry have seen healthy numbers impelled in part by additional cash injected into the economy at large, the resumption of full racing cards compared to 2020, and increased visibility on television and via the internet. The sales of thoroughbreds at auction have seen robust gains in most categories and increased pricing on yearlings and breeding stock. The combination of a healing economy, inflationary increases in cash in the economy and a workforce increasingly at home with access to daily television and online betting have led to healthy betting handles for most American racetracks.  Lest one get too confident over the health of the sport there are ominous clouds ahead amid evidence of significant criminal malfeasance and ineffective oversight within the industry.

The industry in general, including New York racing, survives in large part with hefty subsidies from the casino gaming activities that encroached upon racing’s previously exclusive territory. These subsidies were the price of admission for casino operators to establish legal gaming activities in areas that previously permitted only horse racing or other parimutuel gambling. In many jurisdictions these subsidies were guaranteed only for a certain period and as is the case in New York authorities are now questioning to what extent they should continue. A proposal to eradicate these subsidies to racing and direct them to more generalized needs has already been proposed in New York State. While this current proposal is unlikely to succeed it would be naïve to think it will be the last attempt to “decouple” casino revenues from racing subsidies. Decoupling much like Gwyneth Paltrow’s term "conscious uncoupling” means divorce and this is and should be a frightening word to the racing industry as it is unclear which if any racing circuits could survive a full decoupling.

Additionally, regulation of horse racing by the Federal Government has arrived with the passage of the Horseracing Integrity and Safety Act (“HISA”) which promises to provide oversight of the myriad racing interests. It is axiomatic that the power to regulate includes the power to outlaw. Those that think horse racing is too important or too ingrained in American culture to face extinction should be mindful of the recent history of live animal circuses and theme parks like Seaworld. Public sentiment and regulations can turn quickly and dramatically. Whether horse racing likes it or not it is now subject (more than ever) to political (and by extension public) opinion.

The past year certainly did not burnish racing’s reputation but instead provided much fodder for racing’s growing number of detractors. For a full explanation of the numerous 2021 scandals that threaten horse racing’s survival you can read John Pricci’s detailed and superb recap and observations at https://www.horseraceinsider.com/what-becomes-of-american-thoroughbred-racing-now/ Two of those scandals stand out for their infliction of damage on racing’s public standing.

The criminal guilty pleas of former wonder trainer - Jorge Navarro and the ongoing prosecution of another wonder trainer - Jason Servis publicly portray an industry that sees the criminal use of performance enhancing drugs on animals by numerous players in both large and small roles and a general acceptance of such misdeeds by a host of industry members, licensed professionals, regulators, advertisers and gamblers. The official and public documents in the federal court cases are a damning condemnation of the sport and its participants. If you like racing it is a painful read bereft of “good guys”.

It is truly sobering that these multiple guilty pleas and the future incarceration of former trainers and veterinarians is not the biggest scandal of 2021 racing. Sadly, that distinction lies with the sudden, yet unexplained, death of this year’s Kentucky Derby winner Medina Spirit. As is well chronicled, Medina Spirit was trained by racing’s best-known trainer and celebrity Bob Baffert. After his Kentucky Derby win the gallant thoroughbred tested positive for a prohibited substance - an event that spawned a spate of denials then retraction of some of the denials, lawsuits, public ridicule on Saturday Night Live, accusations of corruption at heretofore respected testing facilities, an attempted ban of Baffert by the New York Racing Association, federal court intervention of that ban on United States Constitutional grounds and uncertainty as to which horse won the 2021 Kentucky Derby and which horses will be allowed to compete in the 2022 Kentucky Derby.

While most, or all, of the above is still to be finally determined the outcome almost does not matter for racing’s reputation and by extension - its future. While I certainly believe there is a case for racing’s future - its participants and regulators are providing ample ammunition to its growing detractors. The warning signs are apparent - it remains to be seen whether the industry is up to the coming challenge or whether it will be its own worst enemy.

Read 130 times Last modified on Tuesday, 14 December 2021 18:51
Tweet
Published in News
More in this category: « Fierro’s Pizzeria Serving Up Free Meals for the Holidays on Dec. 23 GlobalFoundries and Ford Motor Company Collaborate to Meet Demand For Vehicle Microchips »
back to top