Notes from the Chamber of Commerce: Special Invitation to Visit Saratoga Featured 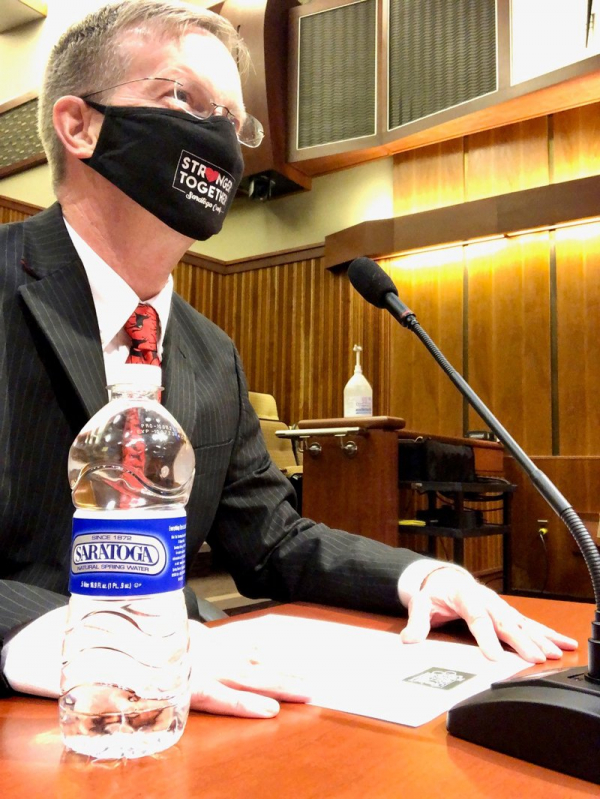 One week ago, I was invited to testify before the New York State Assembly’s Racing and Wagering Committee chaired by Assemblyman Gary Pretlow. Joining him at the hearing were local Assembly members Carrie Woerner and Angelo Santabarbara. Besides my testimony, the committee heard from locals like James and Tina Bond, of the Bond Racing Stables, Dr. Scott Ahlschwede of Rood and Riddle Equine Hospital, and David O’Rourke, the CEO of NYRA.

We were all there as part of a near day-long fact check on the status of both the state’s thoroughbred and Standardbred racing industries. To me, the best news of the day was hearing Chairman Pretlow state: “One of my stated goals is to make New York State the horse racing capital of the world.” As he said this, I watched as all of the committee members shook their heads in agreement.

Not everyone in the Assembly feels this way, however. Assemblywoman Linda Rosenthal, a Manhattan Democrat, has filed legislation to redirect VLT revenues away from horse racing. When asked about her bill by David Lombardo, on a recent Capital Press Room broadcast, the Assemblywoman made several comments which indicated she is not yet fully informed about the importance and value of horse racing in New York’s economy, particularly here in Saratoga.

“The stands are mostly empty,” Assemblywoman Rosenthal said. “Horse racing is not a year-round industry,” she added. She appeared to suggest that Saratoga would not suffer if horse racing at the Saratoga Race Course and Saratoga Casino Hotel were eliminated. She then called the franchise agreement between NYRA and the state, in which the state gained ownership to the race track properties in Saratoga, at Belmont and Aqueduct, as a “secret arrangement.”

It’s no secret to anyone that follows horse racing that we had paid attendance at this Summer Meeting in Saratoga that topped one million. We had a record all-sources handle. We had unprecedented media coverage. The popularity of horse racing in our community at just the Saratoga Race Course showed not only at the track but also in our hotels, bars, restaurants and retail stores all summer long.

In her interview, Assemblywoman Rosenthal added that she had only heard negative comments from the horse racing industry to her legislation so far. That’s why I want to invite her to Saratoga. I think before she advocates for legislation that would do harm to Saratoga that she should come and talk with us directly face-to-face. Maybe we could do this next summer when she could see the track filled with thousands of fans every day. I’d love to expand this tour to include SPAC, the Casino, UPH, Caffé Lena, our parks and historic properties, our downtown stores, shops, hotels and restaurants, our horse farms, golf courses, and the City Center.

It would be great if we could talk with her about how devastated we were when all of these destinations were closed in 2020. Maybe such a discussion and tour would make it clear to her that the secret to our success in Upstate New York is that we’ve built a multi-faceted ecosystem. Perhaps she’d then understand that doing harm to anyone of these civic institutions is a threat to all of them and to our quality of life as well as our economic sustainability.

During my testimony, I veered from the text that I had prepared. “If you look at the tie I’m wearing today, it is a horse tie purchased a Dark Horse of Saratoga,” I told the committee. “If you were to call my cell phone right now, you’d hear my ring tone which is the Call to Post. I’m probably the only Chamber President in the country where this all makes sense. But this speaks to just how important this industry is to Saratoga.” Our story is important. She needs to come see and hear it.