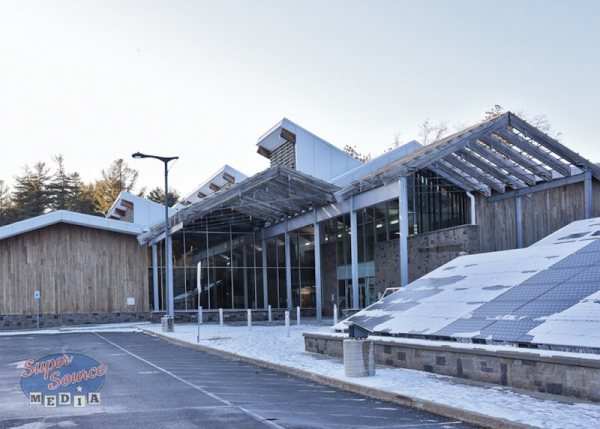 MALTA – NYSERDA has put the Saratoga Technology Energy Park back on the market; the last time it was up for sale was an auction in 2017.

The New York State Energy Research and Development Authority (NYSERDA) is again trying to sell the 280-acre Saratoga Technology Energy Park (STEP).  Instead of an auction, they are working with CBRE Albany, the Capital Region’s largest real estate brokerages, to list the property on their behalf.

The listing shows that the property at 0 Hermes Road is for sale for $12 million. GlobalFoundries has an option on 65 acres for a new fab and expanding the capacity at their current facility. Additionally, four buildings occupy 17.6 acres; three of the four NYSERDA has leased to Hudson Valley community College, the United Group of Companies, and Jersen Construction. That leaves roughly 198 acres of “certified shovel-ready, light industrial/professional office/research and development land”.

STEP is a part of the Luther Forest Technology Campus that houses the GlobalFoundries chip fab plant and new headquarters, relocated from Santa Clara, CA in April 2021. NYSERDA states that the location of STEP, “located in the heart of New York’s Tech Valley”, is what makes the property desirable for clean-energy and environmental technology companies.

STEP was created under the vision of former Governor George Pataki in 2001, although the State has struggled to bring energy-related companies to the park, resulting in its auction in 2017 and now the attempt to sell it again.

Under former Gov. Pataki’s vision, the intention of STEP was to advance the Capital Region as a destination for alternative energy technologies and research. NYSERDA’s mission as owners of the park was not to become real estate developers, but rather to attract companies to help support some of their partners, such as the College of Nanoscale Science and Engineering and the Saratoga Economic Development Corporation.

To view the listing, visit www.cbre.com. Tom Savino and Tom MacClarence of CBRE Albany are the listing brokers.