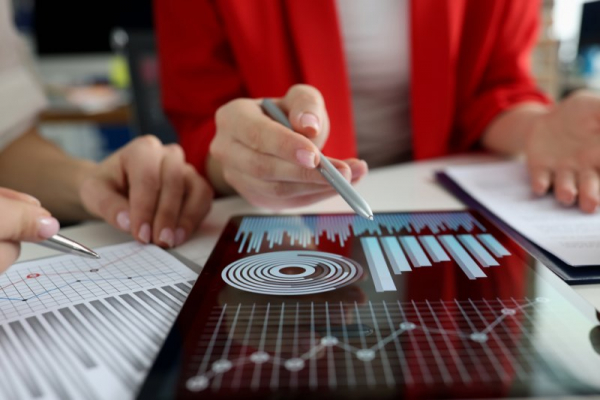 If you’ve heard the term “stock market correction,” in the last few weeks, and not known what people were talking about, you certainly aren’t alone.

There is a lot of industry jargon that is tossed around, often leaving the lay person scratching their head. During a time when the economy is at the forefront of most people’s minds, unfamiliar terminology can add another layer of stress to an already trying time.  Armed with a little knowledge, these terms become a lot less intimidating.

So, what is a stock market correction?

Generally, a stock market correction is a pullback in major indices of around ten percent. These pullbacks are often fairly sudden and, since they lend a sense of urgency to the rhetoric of pundits on television, they can seem especially worrisome when they occur.

Lasting anywhere from a few days to a few months, they usually accompany a change in leadership across various sectors of the stock market. Think of sectors as categories of companies, e.g., technology, energy, financials, etc.

Processing billions of pieces of information every day, markets are messy but ruthlessly efficient. A stock market correction is actually a healthy part of the market cycle, since they allow an opportunity for investors to move funds from sectors in the market which may have had their run, to sectors which may be poised to outperform.

Our economic outlook for this year did call for a correction, and it seems we’re getting one right out of the gate. By late January, the NASDAQ was down about twelve percent, and the S&P was down about eight percent. Both have come off their lows in the last two weeks; however, they may test lows again before the correction is over.

There are a few factors which hint to us that we are in the midst of a correction, and not the beginning of a protracted pullback.

First, we believe the market is reacting to information that is already known and fairly well understood.

For a year we told you that the Fed was going to have to raise rates in 2022, far ahead of when it was predicting it would have to. Anyone who was paying attention knew that inflation was going to be anything but transitory, as the Fed claimed, and would require action. It seems that the Fed finally got the memo and signaled last month that rate hikes were coming. In fact, futures markets are expecting four to five increases this year. Quite a change of tune from the Fed! Markets reacted negatively, although this information should have already been baked into stock prices.

Additionally, anyone who has been watching knows that Russia presents a large geopolitical risk to both the Ukraine, and to the rest of Europe. The risk to the Ukraine is obvious. The risk to Europe, which relies heavily on Russia for heating fuel, is collateral but still very real. Be that as it may, both of these risks are fairly well understood and should also be priced in. Given that Russia has attacked its neighbors during both the 2008 and 2016 Olympics, and has amassed its army on the Ukrainian borders twice in the last year, nobody should be surprised when Russia attacks, least of all the markets.

As an aside, China is watching very closely to see if the west has the fortitude to stick with the Ukraine, as it weighs options for dealing with Taiwan.

Second, by and large, the economic data for the US has been positive. About eighty percent of companies in the S&P have reported earnings that were higher than expected for the fourth quarter of 2021. Expectations are that profits will continue to increase in 2022, despite rises in input costs.

The unemployment landscape is promising as well. While there are still quite a few people out of work, there are more vacant jobs than there are unemployed workers to fill them. The market for labor, like all markets, will work this problem out, and we expect continued improvement.

We’ve said it a million times, and we will continue to say it because it bears repeating: the US markets have a 100% track record of bouncing back from market corrections, and then going on to find new highs. While that is not a guarantee, it’s a track record that can’t be denied. Fear mongers will tell you “this time is different.” So far, they’ve never been right.

Work closely with your CFP® Professional to make sure that your financial plan reflects the current outlook, as this piece contains forward looking statements that are always subject to change.

Stephen Kyne, CFP is a Partner at Sterling Manor Financial, LLC in Saratoga Springs, and Rhinebeck.

The information provided here is for general informational purposes only and should not be considered an individualized recommendation or personalized investment advice. This material is not intended as an offer or solicitation for the purchase or sale of any security or other financial instrument. Investing is subject to risks including loss of principal invested. Past performance is not a guarantee of future results. No strategy can assure a profit nor protect against loss. Securities offered through Cadaret, Grant & Co., Inc. Member FINRA/SIPC. Advisory services offered through Sterling Manor Financial, LLC, or Cadaret Grant & Co., Inc., SEC registered investment advisors. Sterling Manor Financial and Cadaret Grant are separate entities.