Thank You, for giving your feedback for this Ad
Uninteresting
Irrelevant
Misleading
Offensive
Repetitive
OTHER
Monday, 14 February 2022 16:33 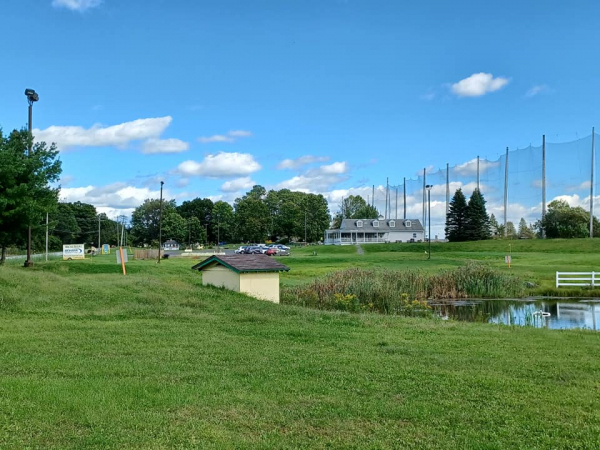 In Clifton Park and Halfmoon especially, the sports business is ever more significant to the local economy and to parents of school age children seeking to excel in many activities.  Our school districts have excellent sports programs, so it's no wonder that the many private programs in the area would also be of high quality.  But the world is changing rapidly, and with it have come changes and proposed changes in the landscape of the sports and fitness industry of the local area.  Here are some examples:

Longtime fitness centers like the YMCA and many nearby private facilities continue to be mainstays of area health and wellness despite the constraints of the COVID-19 Pandemic.  A new Impact Athletics sports complex has opened in the Town of Halfmoon along Route 146.  Specialty facilities such as Hayner’s Sports Barn on Route 236 (Baseball) in Halfmoon and the Hockey Hut at Exit 8 in Clifton Park cater to specific sports and their enthusiastic athletes.  The Hockey Hut even dedicated a new outdoor pavilion last month as it continues to expand and serve a growing community.

Last year, Halfmoon lost a big one when the Sportsplex of Halfmoon was purchased by Precision Valve & Automation (PVA) for its headquarters and manufacturing facility.  This has left a void for indoor turf sports facilities in the area.   A new project, proposed for Route 146A in Clifton Park, aims to address this issue, provided the proposed Zoning amendments necessary to facilitate the project can be done.  The project, to replace the current “Foot Golf” fields (but not the mini-golf or ice cream stand) at the Player’s Park complex with both indoor and outdoor sports facilities, would bring a smaller but still significant indoor operation to the 12065 ZIP code to replace the functions lost when the former Sportsplex was closed.  The two new playing areas would each be 53 yards x 32 yards.

According to Paul Rogan, one of the project partners who used to be owner-operator at the Sportsplex of Halfmoon, children and adults would use the fields for indoor soccer, lacrosse, softball and baseball training, flag football, ultimate Frisbee, and more.  Clifton Park Deputy Supervisor Anthony Morelli recently opined that such a project belonged somewhere in the Town of Clifton Park, though the best location would be determined by the Planning and Zoning Boards.  “I’m a parent, and there definitely is a need for a space like this,” said Morelli.  “Whatever the correct location, we need to have a facility like this here in Clifton Park.”

The owners of Player’s Park sought input from the community in advance of a Public Hearing, to be held Monday, February 14, 2022 at 7pm at Clifton Park Town Hall.  As of this writing, proponents of Open Space within the Town were questioning the size of the facility and the need for its location in the more rural, western area of Clifton Park.   Those in favor of the plan emphasized the need for quality, safe sporting venues for local families, the already-existing use of properties along that stretch of roadway by sporting venues (mostly golf), and stressed that the new facility would replace the less popular Foot Golf fields but preserve the mini golf and ice cream stand, which are utilized far more by residents.

Photo One: An example of the multi-generations of Clifton Park families who have grown up with sports facilities in southern Saratoga County:  Coach Teagan Ketchum grew up as a student in the Hockey Hut’s very first Learn to Skate program, and now directs their marketing and communications in addition to her work with students. Here, she points to a picture of her as a youngster taken while in the training programs two-plus decades ago.

Photo Two: A view of Players Park, showing the area that would be replaced by the indoor and outdoor recreation fields should the project now before the Clifton Park Zoning Board be approved.

Photo Three: The popular mini golf and ice cream parlor would be preserved under the new project at Player’s Park.