Thank You, for giving your feedback for this Ad
Uninteresting
Irrelevant
Misleading
Offensive
Repetitive
OTHER
Friday, 11 March 2022 19:11 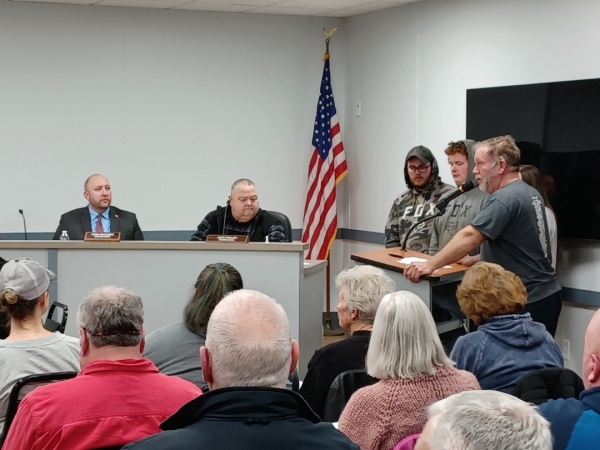 Do you want to impact economic development, create jobs, and drive better opportunities in your community? Are you concerned about the impact of haphazard development on the character, charm, history, rural nature and/or quality of life in your town? If so, then it is time to become an informed, active attendee at the sessions where many of these decisions are made.

Several area towns held recent meetings, some featuring a wide variety of ideas, suggestions, and emotions, regarding plans under consideration for their properties. Gathering input from a community is vital to the success of not only individual projects and property uses but also to the continuity and public satisfaction with long-term planning. It can also be a challenge for property and business owners seeking to enhance the value and profitability of their business ventures while also staying within the bounds of acceptability within a community.

The Town of Malta has recently considered a significant zoning amendment that would allow the rural parts of town to have livestock animals (cows, horses, pigs, chickens) on smaller lots, and even more significantly, to remove all livestock restrictions on properties of a certain size. Support for the amendment was almost universal within the farming community, because of the complexities of trying to run any agricultural operation on small parcels of land, and because of the arbitrary nature of the current rules. The argument was that larger, swampy, or hilly properties, might be less conducive to holding livestock than smaller, drier, flatter ones would be, and different types of livestock should be considered differently as well.

The conversation was interesting because of how the farmers stood up en masse to advocate for a way of life many see as dwindling in our society. Local resident Doug Bennett spoke of “personal sovereignty, recalling how his six children were raised in an agricultural community, with a work ethic, and a love for the rural way of life. “It's incumbent on us farmers to do this right,” said Bennett, “promote the rural way of life, and keep money home. Times are getting tough. In the Great Depression people supported each other and lived off their lands.”

The idea of a community trusting its citizens to do the right thing was frequently discussed that evening. Too often in today’s world, the assumption is that government regulations are there to protect the common good from those who would negatively impact it, as opposed to providing a guideline for honest citizens to conduct themselves in a way that their neighbors agree is reasonable and well-considered. Resident John Mancini, who presented the proposed amendment, said “these are the farmers and homesteaders of the community and the county. Trust that they know their land and their livestock.”

The resolution was approved, with a slight modification, so that all properties two acres and above in the R2 zone in the Town of Milton do not have any restrictions on livestock, and those below two acres can apply for the ability to have livestock via a special use permit.

Meanwhile, in Clifton Park, the proposed indoor soccer field at Player’s Park on Route 146A came up for discussion, and the proposal was met with some vocal opposition at the town board meeting. Passions were quite high at this meeting, since many in that section of town felt that the proposed indoor structure was too large and/or outside the scope of the character of the western part of town as outlined in the long-standing GEIS plans for that area. Rob Potter, co-owner of the Player’s Park complex, was so unsettled by the meeting that he shared some thoughts on social media a few days ago. “I understand having opposition,” said Potter, “but the anger and outright disrespect is what bothered me the most.”   He later added, “it broke my heart.”  Attendees at town meetings often seem to forget that the people presenting the projects they have issues with are usually their neighbors, and not some strange outsiders trying to infiltrate their bucolic communities. There is a process, and civil discourse is always best. To Mr. Potter’s credit, he did not try to settle any scores on Facebook. “Please take the time to give us your suggestions,” he asked. “What fun family attraction would you like to see at the park? Please let us know your thoughts and we will see what we can do. Players Park will be opening in the spring with miniature golf and Ice Cream. We will listen to your input about the foot golf course and do our best to provide a fun family environment for years to come.”

In the Town of Malta, another project is drawing some contention, although the sides appear close to a resolution that will let the plan move forward. A planned replacement for the current South Shore Marina/Nostalgia Ale House & Wine Bar complex will include condominium units plus a commercial space that could potentially include a restaurant and/or other businesses on the property… Gone would be the public marina, replaced by a smaller number of private docks and a public access kayak launch. Town Supervisor Mark Hammond expressed his sentiments that a restaurant provided a better public benefit than some other options. “To me a restaurant is more a public benefit than a kayak launch,” said Hammond. People want to be on the water and have dinner. And those people are already living here.”

While some kinks are yet to be worked out, the project has been referred to the planning board for their review.

The above are three good case studies in how communities grapple with the issues surrounding new development. In one case, “development” could be as simple as allowing families to build a small farm and enjoy a way of life once very common in upstate New York. In another, it was the question of how to build recreational facilities in an area zoned for them but remaining within the spirit and letter of the governing rules for that area of town. And in the third, an entirely new, modern complex replacing a venerable but popular local marina and restaurant, with upscale housing and other facilities, trading certain amenities for others, in the search for a profitable venture that can coexist with neighbors and comply with the Town code. These are examples of your local government in action, and how citizens and business owners can responsibly interact for the good of all who call Saratoga County home.

Photo 1. Milton resident Doug Bennett describes his family’s history in the Town and his passion for agriculture and the education it provided his children.

Photo 3. The hustle and bustle of South Shore Marina will be replaced with a more laid back, scenic landscape of kayaks, park-like setting and fewer boats, if the new project planned for the property is approved by the Town of Malta.