Thank You, for giving your feedback for this Ad
Uninteresting
Irrelevant
Misleading
Offensive
Repetitive
OTHER
Friday, 25 March 2022 13:15 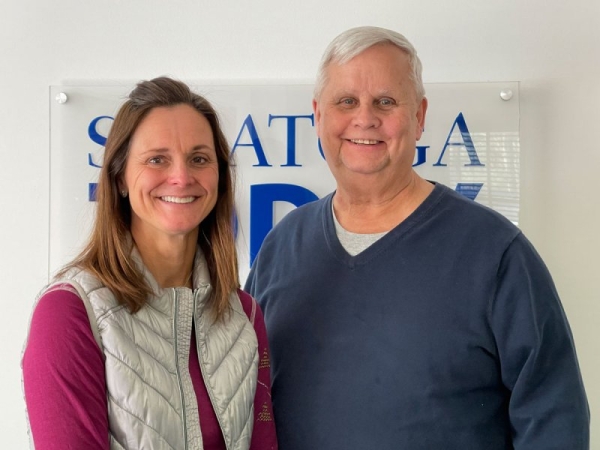 SARATOGA SPRINGS — Dr. Christine Alexander-Decker and Charlie Kuenzel’s podcast is an insightful look at the “important fabric of our community” – health, history, and horses.

Dr. Christine Alexander-Decker, MD, an Endocrinologist and Saratoga Hospital provider, was attending a women’s health leadership conference when she learned that other physicians were stepping out their traditional medical roles and helping a larger community through things such as podcasts.

With the health aspect covered, Dr. Alexander-Decker got Charlie Kuenzel, President of the Saratoga Springs History Museum and retired educator from the Saratoga Springs City School District, to come on board. Kuenzel, alongside Dave Patterson, is also an Owner and Historian/Tour Guide of Saratoga Tours LLC.

After filming only two episodes, COVID hit, and the podcast was still lacking a horse/racing expert. Brien Bouyea, Director of Communications for the National Museum of Racing and Hall of Fame, was featured as guest in the most recent episode, and Dr. Alexander-Decker and Kuenzel are hoping he will be a regular on the podcast – the third host to balance out the triangle.

What can you expect to learn from Health, History, & Horses? In previous episodes Dr. Alexander-Decker has talked about a range of health topics like, diabetes, thyroid disorders, and sports medicine.

“Health is easy to expound on, and I’m hoping to reach out to a bunch of other experts for interviews,” said Dr. Alexander-Decker.

Kuenzel takes listeners back in time to summers of a particular year, how residents got ready to open the spa to tourists, how Christmas traditions have evolved in Saratoga over the years, and the history of the mineral springs.

Listeners can plan on Brien talking about topics such as a horse’s journey to Saratoga for the Summer Meet, the anticipation of the Triple Crown, and more.

Dr. Alexander-Decker and Kuenzel always find a way to interconnect their expertise.

“It was just very natural for us to start this podcast,” said Kuenzel.

Health, History, & Horses started out as an audio only podcast on the Saratoga Springs History Museum website. Now Saratoga TODAY is the new home to not only listen but watch Health, History, & Horses. There are six audio and two video versions of the podcast. Each episode is typically 30 to 45 minutes – just enough time to listen while running some errands around the City or doing chores at home. Dr. Alexander-Decker and Kuenzel are hoping to release new episodes on a monthly basis and alternate between audio and video formats.

Go online to www.saratogatodaynewspaper.com and click on Podcasts under the Sections tab to start listening today.