Thank You, for giving your feedback for this Ad
Uninteresting
Irrelevant
Misleading
Offensive
Repetitive
OTHER
Monday, 04 April 2022 14:59 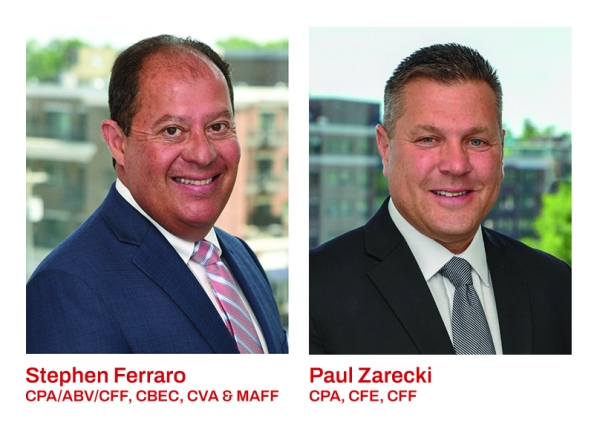 Melngailis was the owner of NYC’s trendy, upscale vegan restaurant, Pure Food and Wine, and One Lucky Duck juice bar and takeaway. Pure Food and Wine was beloved by celebrities including Alec Baldwin and Bill Clinton. When Melngailis’s eventual husband, Anthony Strangis, entered the picture in 2013, the restaurant began to suffer financially.

Prosecutors say that Melngailis had Strangis pose for potential investors as a wealthy man named Michael Caledonia to solicit investor money. According to Ferraro, the couple was successful in securing significant loans from investors, the majority of which were restaurant patrons. Prosecutors claim the couple went on a $2 million spending spree of restaurant funds that included blowing almost $1.2 million at Foxwoods and Mohegan Sun Casinos before being apprehended in Tennessee.

Paul Zarecki, Stephen Ferraro, and the forensic accountants currently at FAZ (Ferraro, Amodio, & Zarecki) Forensics were instrumental in assisting the investors in determining the loss and liabilities associated with this fraud. They were hired by the law firm of the investors in Pure Food and Wine to quantify the money that was lost and act as a forensic accounting firm that was court appointed as the receiver of any remaining restaurant assets.

“In this situation, we went down to New York City and took documents from their office [Pure Food and Wine] with assistance from the attorney and had them delivered to our NYC office,” said Zarecki.

“The attorney’s had seized control of all the property, so we took their financial documents, their computers, access to website domains. their hard drives – whatever was in the back office,” added Ferraro.

Their role in the “Bad Vegan” case was two-fold, as they combed through evidence to see if anything was salvageable and what the assets and liabilities of the entity were, as well as providing answers for where all the investor money had gone and how it was spent so quickly; Ferraro’s job was determining what assets were available and what the liabilities were, while Zarecki oversaw the tracing of funds leaving the restaurant..

Zarecki and Ferraro were able to reconstruct the financial situation of the restaurant including the remaining assets, outstanding payroll liabilities, IRS back taxes, and NYS sales taxes to help Pure Food and Wine investors determine if there was any value left. Ultimately, investors decided that it wasn’t worthwhile to reopen the restaurant and salvage the brand.

Another step in their investigation was to interview several employees, who also happened to be featured on the Netflix documentary, to gain further insight.

“By talking to people, we knew what to look for and we did identify situations at the casino,” said Zarecki. “Strangis was really the gambler.”

“Paul’s team were the ones that were able to trace the money leaving the company accounts to ATMs and casinos,” added Ferraro. “Unfortunately, the restaurant was really brought down by the gambling habits of her husband.”

Ironically, Melngailis and Strangis were caught after a Domino’s pizza was ordered on Melngailis’ credit card, which made news headlines.

“The restaurant rose to such fame during a short period of time, it’s sad to see how quick the collapse was,” said Zarecki.

Looking through the files on Melngailis’s computers, Zarecki and his team found that she had kept a list of all the celebrities, athletes, and politicians that visited Pure Food and Wine and had been photographed with them. She also had an audio file from an interview she did with Howard Stern that was never released.

But the collapse of the high-profile restaurant had hurt more bank accounts than what was originally known.

As in all cases, Zarecki, Ferraro, and team submitted a written report of findings. On occasion they testify in trial in support of their evidence if there is litigation; roughly 10% of cases go to trial but most end up settling.

Strangis also took a plea deal, spent a year in jail because he could not come up with the $350,000 bond, and was sentenced to five years probation – which ends in May 2022. Strangis was also ordered to pay $840,000 in restitution.

In this case, there were red flags noticed by many Pure Food and Wine employees and those close to Melngailis, but they had no means of expressing their concerns except to Melngailis herself, who dismissed them. To mitigate fraud, Zarecki and Ferraro recommend, especially for larger companies, to develop a hotline or anonymous website portal to report anything suspicious.

“Most fraud is detected or discovered as a result of tips, and having an anonymous way to report them is important to be able to determine if something is going on.”

Read 209 times Last modified on Monday, 11 April 2022 14:43
Tweet
Published in News
More in this category: « 30 Years of Interior Design with Saratoga Signature Interiors Out Of This World - Mount McGregor: The Place Where The Paranormal and Tourism Meet »
back to top