Thank You, for giving your feedback for this Ad
Uninteresting
Irrelevant
Misleading
Offensive
Repetitive
OTHER
Friday, 15 April 2022 20:02

Economic Uncertainty Continues To Be The Order Of The Day Featured 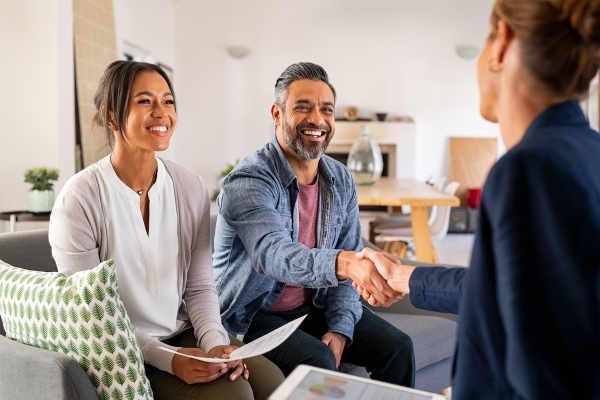 With so much uncertainty in the current geopolitical and economic landscapes, it’s very difficult to write a timely piece without running the somewhat embarrassing risk of there being any major changes between these keystrokes, and the time you read this. That said, perhaps its uncertainty, itself, that we should be discussing.

Above all else, markets like certainty. Good or bad, if businesses and policy makers have a reasonable expectation as to what is coming down the pike, they can plan around it. Capitalizing on opportunities and navigating around potential pitfalls becomes much easier and markets can thrive, or at least buffer the impact.

In January, when the conventional wisdom was that Russia would not be attacking the Ukraine, and if it did, it would be a minor incursion, we disagreed. We said that when Russia attacks, it would likely cause an immediate but temporary drop in the markets. Temporary, we said, because anyone who was paying attention should have expected it, meaning it should have been baked into the markets already. So far, we’ve been vindicated.

While it is impossible to tell, and here is the uncertainty part, where the war goes from here, until now, the economic impacts have largely been kept outside the US. In fact, while major US indices remain down for the year, they are actually up since the Russian invasion. Barring a major escalation that includes NATO or Chinese involvement, it’s difficult to see that changing.

We also said that a Russian invasion would mean a spike in energy prices, which would be especially impactful to European economies, which have an irresponsible dependence on Russian supplies for energy (something we warned you about in a March 2014 article, when we said, “The only real economic warfare that Russia can engage in is to ransom its energy exports to Europe”). Because the energy market is largely a global market, energy prices in the US are necessarily impacted by uncertainty around global supply.

Many have asked, and reasonably so, why the US doesn’t simply increase domestic production to counter rising energy prices. After all, we are sitting on a sea of proven natural gas and oil reserves. The reason here is also uncertainty. If you’re a domestic energy producer, with a political climate that is anything but friendly toward your business, how confidently are you going to invest the hundreds of millions of dollars necessary to bring production on-line, unless there is some certainty that you won’t be shut down again as soon as the crisis is over?

To add to the uncertainty, we are going to be entering a very contentious mid-term election cycle, and with control of the house, and possibly the senate, up for grabs, expect a lot of grandstanding and finger pointing, especially around inflation.

We would argue that the reason domestic stock indices are still down, is not because of Russia, since indices have rebounded since the invasion, but because of uncertainty around the Fed. In fact, if you trace the movement of indices YTD, you’ll see that the drop in January was related to the Fed finally admitting what we’ve been saying for 16 months - that inflation is more than “transitory”, and it will have to raise interest rates sooner than expected.

While global supply chains, Russia, uncertainty around energy, and other factors have exacerbated the inflation problem, they are not the cause. Congress’ wanton pandemic “economic rescue” packages and the Fed’s subsequent printing of money are the primary drivers of inflation. According to the Fed, the money supply increases at a rate of about 6% each year. Since February 2020, the money supply has increased more than 40%1. It doesn’t take an economist to understand the impact that kind of excess money supply has on the cost of goods.

Astoundingly, some in Congress and elsewhere are actually arguing that the way to alleviate inflation is to print more money! Calls for more stimulus are indicative of either a fundamental lack of understanding of the economy by our policy makers, or shameless political pandering to buy votes; maybe both.

Uncertainty around Fed policy will continue to shape market reactions and underscore the necessity for clear and concise communication on the part of Chairman Powell, in order to ensure he accurately conveys the Fed’s outlook and rationale, to a wary market.

While we fully expect rates to continue to increase, the uncertainty comes from the pace and magnitude of increases, and the markets’ ability to process and adjust. That said, we still expect most bonds to be negatively impacted by continued rising rates, as we indicated to you in January. In fact, while the S&P is down about 4% YTD as of Apr 2nd, the index is still beating nearly every major bond index. Since many people consider bonds to be the ballast that guard against market volatility, many more-conservative investors may find their portfolios to be especially impacted by uncertainty in the bond market, which may necessitate a strategy change.

Given all the uncertainty, it is as important as ever to be working closely with your Certified Financial Planner® professional to help ensure that your portfolios are positioned against these uncertainties. As always, this article contains forward-looking statements, which are subject to revision as new information becomes available. Do not act on anything contained in this piece without first consulting your advisor.

Stephen Kyne, CFP is a Partner at Sterling Manor Financial, LLC in Saratoga Springs, and Rhinebeck. 1Ycharts.com. The information provided here is for general informational purposes only and should not be considered an individualized recommendation or personalized investment advice. This material is not intended as an offer or solicitation for the purchase or sale of any security or other financial instrument. Investing is subject to risks including loss of principal invested. Past performance is not a guarantee of future results. No strategy can assure a profit nor protect against loss. Securities offered through Cadaret, Grant & Co., Inc. Member FINRA/SIPC. Advisory services offered through Sterling Manor Financial, LLC, or Cadaret Grant & Co., Inc., SEC registered investment advisors. Sterling Manor Financial and Cadaret Grant are separate entities.

Read 108 times
Tweet
Published in Financial
More in this category: « City Lets Taxpayers Decide How Their Money is Spent Labor Shortage Remains Biggest Challenge to Local Economy »
back to top