Thank You, for giving your feedback for this Ad
Uninteresting
Irrelevant
Misleading
Offensive
Repetitive
OTHER
Friday, 22 April 2022 18:21

Written by Rebirth of Elegance
Rate this item
(0 votes) 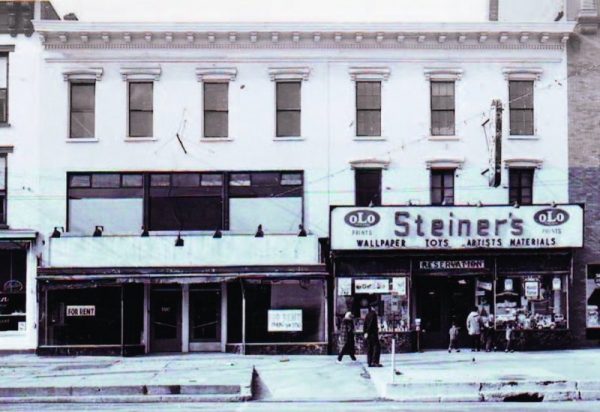 In the mid-twentieth century America and Americans were fascinated by the modern. But two decades had passed without a great deal of investment in infrastructure. First the economic restrictions of the Depression and then the mobilization of wartime had resulted in limited construction. Cities had suffered during this period and their blighted condition was discouraging private investment.

Thinkers and policymakers in the federal government suggested a free-enterprise model to address this nationwide problem. Congress passed the Housing Act of 1954 that extended its support for work on rundown but salvageable properties and included commercial projects for the first time. It was made more generous over the following years, and given the name “urban renewal.” American cities large and small lined up to qualify for the federal money. Saratoga Springs was far from an exception to this nationwide pattern. For over a quarter of a century the city’s fortunes had been on the decline. Although employment had rebounded during the war, materials shortages prevented improvements to buildings. By 1945, Saratoga was full of rundown structures.

It was not until 1958 that the Planning Board moved forward with the city’s first Master Plan, hiring a consultant and focusing on two objectives: economic development and downtown revitalization.

When the plan was completed two years later, it outlined the Congress Street area and Maple Avenue/High Rock Avenue neighborhoods with their substandard houses and business blocks as possible urban renewal project sites.

Qualifying for funding was a long, drawn-out process. The city appointed an Urban Renewal Board in 1962, with four members:attorney John J. Carusone Sr., Chair Leo Roohan, and city commissioners Charles McTygue and MahlonTunison. After a long search, another city native, Donald Veitch, was named its director, serving 24 years until the program ended. He was responsible for acquiring properties, relocating residents, contracting for demolition and subsequent grading and utility work, and re-parceling the land for sale.

The first project, located west of Broadway from West Circular Street northward to Church Street, got underway in 1966. In its 17 years of operation, many changes were made; the board created the large Woodlawn Avenue parking lot, housing was built including Gaslight Square, Stonequist Apartments, and Congress Place apartments, and a large shopping center on Congress Street welcomed shoppers. A number of commercial buildings in the block between Broadway and Hamilton Street were also built.

The second project, known as Spring Valley North, was especially important for the city’s economic health: it not only removed deteriorated buildings but addressed a long-standing flooding problem suffered by all the businesses and residents along Putnam Street and High Rock Avenue. There, the Village Brook had been partly moved under-ground, but in periods of heavy rain the valley was under water. The project in-stalled a huge culvert – “big enough to drive a car through,” said Don Veitch –and solved the problem permanently. Spring Valley North was in some ways less conspicuous than the earlier project on the west side, but it provided land for two very visible projects, the Sheraton Hotel (now the Saratoga Hilton), and the Saratoga Springs City Center. Other benefits were the 75-unit Spring Valley Apartments; the Saratogian parking lot, which kept the newspaper from relocating out of the center of the city; and several commercial buildings.

The original plans for the Spring Valley project could have been counter to the revitalized Saratoga Springs of today. In 1972 planners suggested razing “just about every building behind the stores” on the east side of Broadway all the way from Spring Street to Rock Street, replacing them with a convention center, a hotel, a department store, nine smaller stores, and a cinema. In 1979 the “Small Cities” project bounded by Caroline, Spring, Putnam and Circular was designed. Completed over seven years, it left the historic business blocks on Phila and Caroline streets intact, but cleared a modest number of remaining buildings between them to create the site for an important city parking lot and the new Saratoga Springs Public Library.

Urban renewal had its down side. Individual Saratogians and small businesses lost low-cost rents and the goodwill of a stable address; homeowners and tenants had “no choice” about what was happening. Relocation was costly in moving expenses, higher mortgages or rents, higher taxes, and higher property maintenance costs. The harshest effect was in the destruction of neighborhoods. In Saratoga’s case, Congress Street had been a vibrant African-American community for several generations, and its residents were dispersed throughout the city, losing their familiar community context of churches, businesses and homes.

Ironically, the effect of urban renewal on the national scene was legislation favoring both neighborhood preservation and economic development, and the emergence of a grassroots reaction that ignited the historic preservation movement, so widely accepted today. In Saratoga Springs,

the impact was similar, and there were measurable benefits as well. Within the West Side project, the tax base grew from$39,000 to $285,000 in the two decades, while the city recouped $37,000 in back taxes; Federal and state funds totaling