Thank You, for giving your feedback for this Ad
Uninteresting
Irrelevant
Misleading
Offensive
Repetitive
OTHER
Friday, 06 May 2022 14:44 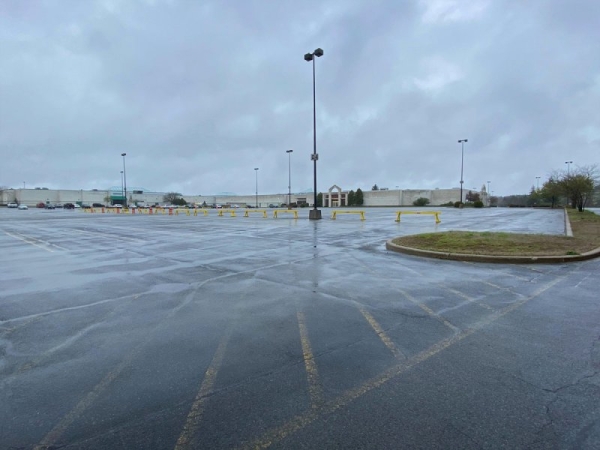 Wilton Mall, facing BonTon under a gray sky, May 4, 2022. Photo by Thomas Dimopoulos.

WILTON — A national development company is looking to build nearly 400 apartments and townhouses alongside the Wilton Mall.

Pending the town’s modification of its current code, Paramount Development is looking to purchase two lots totaling just over 13-1/2 acres on the northeasterly side of the mall for the $100 million dollar-plus project.

The Florida-based company has developed 200 rental apartment communities in dozens of states, said Tom Snell, a partner with Paramount Development who recently met with Wilton town officials. The focus is on high-end or luxury apartments. “What we see in the Wilton Mall is something that’s got some momentum. We do really well around retail,” Snell told the Wilton Town Board.

The current owner of those acres is Santa Monica, California-based company Macerich - which has owned and operated the mall land since 2004. They own about 95 acres in all. In the adjacent properties, JC Penney owns just over two acres, and LBW Saratoga – occupied by BJ’s, owns just under another four acres.

The potential project, which would occur on northeast side of the mall past Dick’s Sporting Goods, envisions nearly 400 residential units consisting of just under 300 apartment units and approximately 90 town house units to be developed in multiple phases atop the nearly 14 acres of property. A pool, basketball court and wine club are also planned. A joint petition has been filed on behalf of Paramount Development and Macerich with the town to amend the zoning code.

“We have been working on this for about a year,” said David Carr of the LA Group, which is headquartered in Saratoga Springs.

Carr said the plan is to remove the BonTon building and develop two phases of apartments and townhouses. “The mall property is made up of 101 acres. It’s made up of four parcels. There’s one large parcel and three inner parcels. There’s a pad parcel around BJ’s, and JC Penney, and around Dick’s Sporting Goods. The thought is to remove BonTon, develop the first phase, which would be about 250 units in four buildings, with underground parking and amenities within the perimeter road,” Carr said.

“If you’ve been to the mall the retail industry has gone through a dramatic change - and not in a good way,” Wilton Mall Property Manager Mike Schafer told the board. “In 2018 our BonTon closed, in 2020 our Sears closed.” At its peak in 2016, the mall generated about $95 million in sales. As of February of this year it’s down to $55 million. “That’s about a $44 million sales tax loss with the retailers that we’ve lost. So that’s a real sales tax revenue loss for the town. The sales in the mall dropped in half,” he said.

“As a landlord and an owner, we need to reposition the mall for future growth to maintain the tax revenue here in Wilton. We see adding residential as a catalyst to help attract and get future tenants including dining and entertainment, which right now we frankly don’t have any,” Schafer said. “Right now, we are still in decent shape but the residential addition to the property at the end of the mall that, right now, is getting no interest. So, we’re looking for a zoning overlay to allow for the residential and other uses.”

Paramount is still finalizing their plans for their project. Pending the board’s agreement to adopt the zoning amendment, Paramount would submit a subdivision and site plan application to the Planning Board for review. The Board raised the notion that the project perhaps be crafted as a Planned Unit Development. Should the project continue to move forward, a public hearing will be held.

The town discussed how to apply $870,000 in funding it has received this year via the American Recovery Plan Act. The amount matches last years’ funding. Wilton has received a total of just over $1.7 million via the federal plan in two years.  That funding must be targeted for use by the end of calendar year 2024 and spent by December 2026, or it must be returned.

Subsequent to its discussion, the town board unanimously adopted a resolution to allocate $100,000, from the grant, for not-for-profits with acceptable applications who service, reside, or have a branch in the town of Wilton.

Read 131 times
Tweet
Published in News
More in this category: « Misinformation in Moreau - Saratoga Biochar Looks to Clear the Air Waterford Canal Festival Focuses Attention on Our Unique Inland Waterways »
back to top