Thank You, for giving your feedback for this Ad
Uninteresting
Irrelevant
Misleading
Offensive
Repetitive
OTHER
Thursday, 12 May 2022 18:27

The Wait Is Over: GlobalFoundries Expansion Details Featured 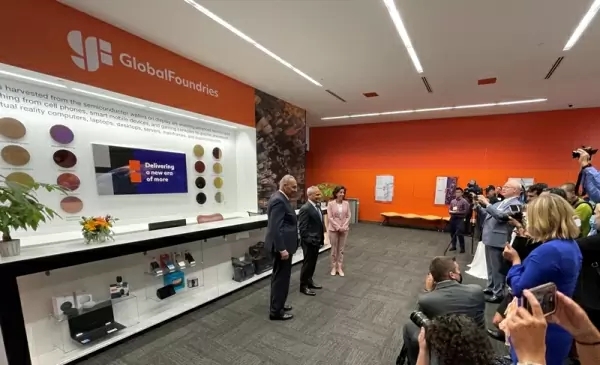 Since July 2021, when GlobalFoundries CEO Tom Caulfield confirmed that the semiconductor manufacturing giant planned another factory at its sprawling campus in Malta, residents have been awaiting the specifics. The wait is now over.

At a recent joint meeting of the Malta and Stillwater planning boards, the international integrated-circuit chip-maker filed a conceptual proposal for the company’s second manufacturing facility at the Luther Forest Technology Campus. The new factory is to be comprised of nine buildings spread across more than 736,000 square feet, of which more than 356,000 square feet will be manufacturing space. Most of the expansion—85 percent—will take place in Malta; the rest will occur in Stillwater.

If the construction concept is approved, the GlobalFoundries campus would more than double, from about 54 acres (of roads, buildings, and pavement areas) to approximately 120 acres. Five hundred fifty parking spaces would be added, bringing the total to 3,750.

More than 3,000 people work at the current $15 billion facility, known as Fab 8, but the new installation is only expected to require about 1,000 employees because of the highly automated nature of the work. Thousands of indirect positions, including construction jobs, also are anticipated.

The new factory will be built within the 222.5 acres GlobalFoundries owns in Saratoga County. A central utility building, water tank, cooling tower, and storage sites for chemicals, hazardous materials, and electrical service also will be constructed. According to the site-plan projections, a number of utility upgrades will be required to the property surrounding the campus.

Construction is expected to take about two and a half years. In plans filed with the towns, GlobalFoundries officials stated that the project will not be phased and “best efforts will be made to maintain the construction schedule.”

The new facility in Malta and Stillwater is part of the company’s efforts to address the global chip shortage, a product of the coronavirus pandemic.

GlobalFoundries executives are hopeful that federal assistance is forthcoming. Congress is attempting to reach agreement on the CHIPS for America Act, introduced in 2021, that would allocate about $52 billion to strengthen the United States’ semiconductor manufacturing capacity, part of which is targeted at building more factories. GlobalFoundries officials also hinted that potential state funding also could become available later this year.

In addition to the one in Malta, site of the company’s headquarters, GlobalFoundries owns chip-making operations in East Fishkill, Vermont, Germany, and Singapore.