Thank You, for giving your feedback for this Ad
Uninteresting
Irrelevant
Misleading
Offensive
Repetitive
OTHER
Monday, 06 June 2022 18:14 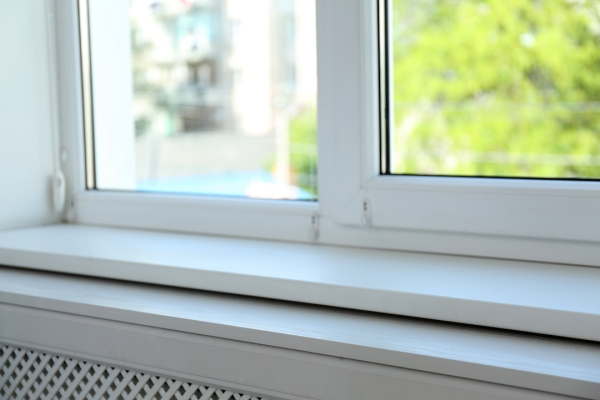 It’s not what one would call a huge enterprise. In fact, Nick’s Glass Co. is basically a one-man show: Nick Cook. But when it comes to fixing or replacing windows or screens, Waterford resident Cook has at least one advantage over most larger businesses – same-day service.

“Generally, if you bring it in the morning, you’ll have it by the end of the day ninety-five percent of the time,” Cook said.

Cook, 64, works out of his 9th Street garage, where he stocks “all kinds of” windows and screens. And what he doesn’t have handy, he will order.

Whether it be cutting glass to size, repairing or replacing thermal-pane or sash windows, or attending to sliding-glass doors or screens, Cook is willing to take on the project. “Whatever needs to be done,” he said.

One job in particular he is accustomed to tackling is replacing thermal pane windows that are “fogged up,” as he called it. “That’s the moisture that got in between the (panes),” Cook said. With those, “You replace them; you can’t clean them.”

After customers bring the problem sash to his workshop, he said, “I’ll take it apart and measure it, then I’ll order the glass and give them back the window so they can put it back in their house.  When the glass comes in (via special order), then I’ll call them back to bring (the sash) back to me,” upon which he will install the new panes.

“A lot of companies won’t do putty windows anymore, so if you’ve got an old house that (you)   are rehabbing and want (your) wooden windows reglazed or puttied or whatever, I do all that,” Cook said. For those windows and most everything else he takes on, Cook asks one thing.

“I don’t like to go into people’s houses,” he said. “I’d rather have them bring the jobs to me. I repair windows and screens, but I hate to go to somebody’s house and tear their whole house apart to put a window replacement in.”

Upon graduating from Lansingburgh High School in 1976, Cook wasn’t sure what he wanted to do with the rest of his life.

“My buddy was working for his brother-in-law (at Sheftel’s Auto Glass in Troy), and I didn’t have a job, and I went to work there,” said Cook, who was born and raised in Lansingburgh. He liked it enough that he stayed at Sheftel’s for 27 years, before the company went out of business. After that, he worked for the Clifton Park Highway Department before retiring in February. Following that, he got back to doing the job he loves.

“It’s something I enjoy,” Cook said.  “I really like to do it. I’m my own boss, so I can do as I want. I’m not out to make a million dollars, just a little bit of money.”