Thank You, for giving your feedback for this Ad
Uninteresting
Irrelevant
Misleading
Offensive
Repetitive
OTHER
Friday, 17 June 2022 15:15 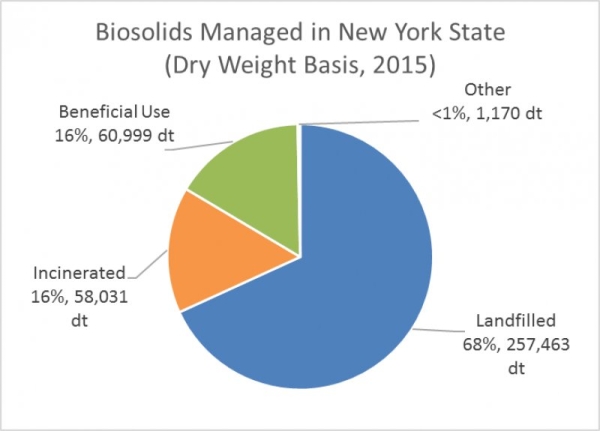 MOREAU ­ — On Monday, June 20, Saratoga Biochar Solutions will once again be in front of the Moreau Planning Board to discuss the construction of a new waste management plant in the Moreau Industrial Park. The current site plan, filed in 2021 with the Moreau Planning Board, entails a $29 million-dollar state-of-the-art facility aimed toward treating a dirty problem – the disposal of human waste. The site plan was filed by Saratoga Biochar Solutions, a biosolids company with ambitious aspirations.

Upon completion of Saratoga Biochar’s final phase, the facility is designed to process up to 15% of the biosolids generated throughout New York State, diverting them away from landfills by converting them into something more useful - fertilizer. Specifically, Carbon Fertilizer™. This trademarked technology is a new bio-fertilizer, made entirely from waste, designed to sequester carbon and rejuvenate soil.  Although the plans were first presented to the Moreau Town Board over a year ago, the first phase of construction hasn’t even begun. So, what’s the hold up?

Saratoga Biochar Solutions’ plans have been stymied by select individuals on the Moreau Planning Board. While echoes of General Electric’s dumping into the Upper Hudson River decades ago still ring clear in the minds of Upstate New Yorkers, Raymond Apy, Chief Executive Officer and Co-Founder of Saratoga Biochar Solutions, and his team have worked to ensure town members that the new facility will not process any hazardous material, as biosolids are organic material and not classified by any federal or state regulatory agency as hazardous or toxic. Thus, concerns about environmental toxins are not just misguided, they are flat-out wrong. In actuality, the biochar process leads to an upcycling of waste material and the elimination of an ever-growing problem. Plus, all environmental issues have already been voted on by the Moreau Planning Board twice; once at the end of the board’s State Environmental Quality Review (SEQR) and again on May 12th when a motion to rescind the planning board’s SEQR declaration from board member Anne Purdue was struck down.

Other concerns, like idling trucks waiting to get into the facility, have been brought up by Moreau residents, but those have also been addressed by Apy. Biosolid deliveries to the facility will be carefully scheduled and staggered such that trucks are on the move and never idle or park for long at the facility entrance or on facility property. In fact, Saratoga Biochar Solutions is required turn away biosolid deliveries if unable to accept them.

As for odor concerns, another argument frequently brought up by those opposing the project, Saratoga Biochar’s facility has opted for a far more robust air treatment system than anything currently employed in the United States. Its carefully designed biosolids receiving and containment area was modeled after a biosolids drying facility in Zion, IL which was constructed amidst a dense suburban development, and which has never received an odor complaint according to CEO Apy. Saratoga Biochar’s entire building is designed to contain odors and even includes an indoor receiving area with 40’ clearance for trucks to unload inside a fully enclosed space. The receiving areas and pits themselves will be kept under constant negative air pressure and potential odors will be routed through an exhaust system with a multi-staged air emissions cleaning system.

Saratoga Biochar Solutions have even received a SEQR Negative Declaration, meaning the actions at the facility have been determined by New York State’s stringent review process to not have an adverse environmental impact - a determination of non-significance. The three founding partners of Saratoga Biochar Solutions have even gone so far as to sign a “Corporate Good Neighbor Policy.” Seemingly, all concerns have been addressed and a new Biochar Solutions will be a benefit to the Moreau area in multiple capacities. Aside from the obvious - waste removal – the Saratoga Biochar project will also create more than 20 full-time jobs (with benefits) at the facility. Plus, the founding members have elected to use Queensbury construction company Rozell Industries to build the multi-million-dollar plant. Perhaps most importantly and least talked about, Saratoga Biochar could potentially play a huge role in furthering the supply of fertilizer, something that is becoming increasingly more expensive and harder to get as supply chain issues further impact farms across New York State.

Ostensibly, local politics and a “not in my backyard” attitude by individual members of the town board are stalling the plans of a would-be revolutionary step in how municipal waste is treated in Saratoga County. “We’ve been in full compliance with every request from the town and the state, but in some ways, it feels like we are going backwards,” Apy told Saratoga TODAY. For more on Saratoga Biochar Solutions and their Moreau project, detailed information and answers to frequently asked questions can be found on www.saratogabiochar.com.