Thank You, for giving your feedback for this Ad
Uninteresting
Irrelevant
Misleading
Offensive
Repetitive
OTHER
Thursday, 28 July 2022 18:10 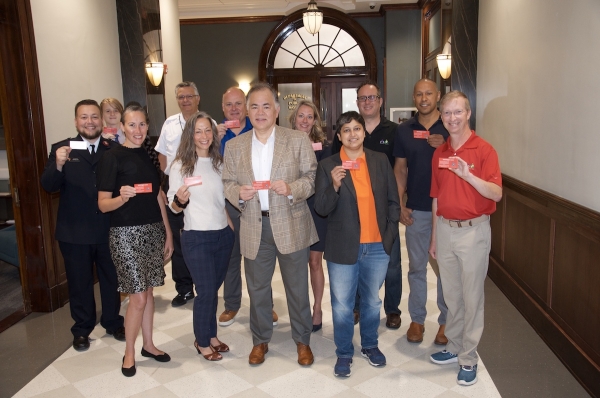 The Saratoga Cares cards are part of an ongoing effort to end homelessness in Saratoga County. The cards help to inform people as to the best way they can help those in need of food, clothing, housing, and other services in our community by connecting them with the agencies listed on the card. Individuals are encouraged to join the Saratoga Cares movement by distributing the cards to those who ask for assistance.

The cards will be distributed to local businesses by the Saratoga County Chamber of Commerce, Discover Saratoga, the Downtown Business Association, the City Center, AIM Services, and the Mayor’s office.

“We believe the best way to help end homelessness in our community is by connecting individuals with the organizations listed on the Saratoga Cares cards that can provide them with the services and items they need,” said Todd Shimkus, president, Saratoga County Chamber of Commerce.

“The Saratoga Cares cards will be a valuable resource to provide individuals with the tools and services they need. This is a great example of organizations across the public, private, and impact sector coming together to support a common goal,” said Mayor Kim.

Read 99 times
Tweet
Published in News
More in this category: « Grand Opening of New Healing Garden at Wellspring Racing and Gaming Conference at Saratoga »
back to top