Thank You, for giving your feedback for this Ad
Uninteresting
Irrelevant
Misleading
Offensive
Repetitive
OTHER
Wednesday, 03 August 2022 17:03 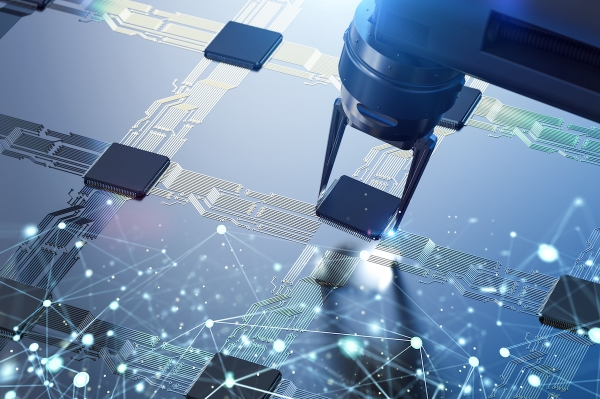 GlobalFoundries is about to cash in its CHIPS.

With the recent House of Representatives’ passage of the CHIPS (Creating Helpful Incentives to Produce Semiconductors) and Science Act, the U.S. semiconductor industry stands to gain more than $52 billion in grants and other incentives. In addition, companies that invest in American chip-making facilities will receive a 25% tax credit. According to the Congressional Budget Office, the legislation’s passage means that spending on various research programs within the industry would total about $200 billion over 10 years.

The House voted 243-187 to pass the $280 billion package following last week’s passage by the Senate. Once signed by President Joe Biden, the act will become law. Biden previously had pledged to sign the bill.

“With the votes taken in the House of Representatives and in the U.S. Senate, Congress has expressed broad, bipartisan, and national support for leveling the playing field for competitive semiconductor manufacturing in the U.S.,” said Dr. Thomas Caulfield, GlobalFoundries’  president and chief economic officer. “This (past) week, Congress took action to protect U.S. economic, supply chain, and national security by accelerating semiconductor manufacturing on American soil.”

Despite bipartisan support, the CHIPS Act had stalled in Congress amid competing priorities and wider disagreements between Democrats and Republicans, who are able to block legislation in the Senate via the filibuster rule.

The Biden administration has been a strong supporter of increasing semiconductor manufacturing and the many jobs it creates in the U.S., an effort that has been led by Secretary of Commerce Gina Raimondo. Other supporters, including GlobalFoundries, say the legislation is necessary to compete with other countries that subsidize their semiconductor industry and to cover the higher cost of paying American workers compared to counterparts in East Asia, where many computer-chip factories are located. Most advanced computer chips used in America are produced in Taiwan, which U.S. officials say poses national security risks amid growing tensions between America and China.

“The investment being made will pay dividends through creation of high-paying jobs, community vitality, research and development, and innovation in the U.S.,” Caulfield added. “For GlobalFoundries, the joint GF-customer-government partnership is a great example of how our nation’s greatest challenges can be solved by embracing new strategies and partnering together.”

Semiconductor chips are used globally in mobile devices, vehicles, the Internet of Things (IoT), 5G infrastructure, national defense, and many other applications.

“We are grateful to Speaker Nancy Pelosi, Congressman Paul Tonko, Congressman Peter Welch, CHIPS Act sponsors Congressman Michael McCaul and Congresswoman Doris Matsui, and the many steadfast leaders in the House, Senate, White House, and Department of Commerce who helped us overcome obstacles and remained focused on increasing the U.S. share of global semiconductor manufacturing in America,” Caulfield said. “The leadership, persistence, and spirit of collaboration and compromise on both sides of the aisle and across different branches of government are the reason we’ve reached this critical moment.”

Once the CHIPS Act is signed into law, GlobalFoundries indicated it will use the federal funding, combined with its own investments, to expand the company’s manufacturing, research, and development at its chip-making sites in New York and Vermont.

GlobalFoundries previously had pledged to spend more than a billion dollars to expand manufacturing capacity at its Malta headquarters. Recently, GF attained final town approvals from both Malta and Stillwater to build a second facility on the Malta campus. GF has said that its new facility, dubbed Fab 8.2, would create about 1,000 high-tech jobs and add thousands more to the New York state economy and semiconductor ecosystem both during construction and after the fab is completed. Fab 8, the current facility on the campus, employs more than 3,000 people.