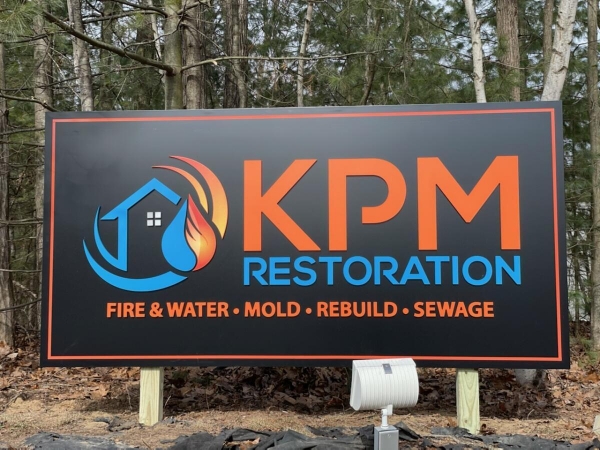 Six years ago, when Jamie Kennedy was putting together his business plan, he had no idea what the growth trajectory would be. The following year with funding in place he hired 4 employees and began KPM Restoration. His mission statement was clear and simple: ‘Getting You Back To Normal.’ From water damage restoration, fire damage cleanup, mold removal and remediation to sewage cleanup, he said his technicians would work tirelessly to restore your home to its previous state.

Five years later the business has grown to 17 employees and his work ethic has paid off. In January he purchased a 10,000 square-foot warehouse in Mechanicville for $705,000. The property, located at 5 Kabner Road, triples his warehouse space, and allows him to store more equipment to better serve his customers.

“Good employees are my secret weapon” Kennedy stated. During the pandemic, his team put their lives on the line on a regular basis. “One project was in a building which had 80 cases of Covid. My guys didn’t hesitate. We got the place clean, and we got the job done.”

Giving back to the local communities is also important to Kennedy and his team. A perfect example is their commitment to first responders. During the pandemic they disinfected the firehouse and vehicles of the Saratoga Springs Professional Firefighters. He then extended the offer to any other first responder departments located in Saratoga County. “We’re just trying to do our small part to help keep our first responders safe during this trying time. They are the heroes of the community and we want to thank them for their selfless service” said Kennedy.

Looking back over the past 5 years, Kennedy says the biggest changes have been an increase in the amount of biohazard cleanups. “We have been handling more situations such as trauma scenes or spills, which require special certifications.”

With annual revenues approaching $5 million, a fleet of 15 vehicles, and a new 10,000 square foot warehouse, Kennedy is ready for the next challenge. “My wife and I are starting a new company, Abate Pro, LLC, where we will be handling asbestos abatement. It will be based out of our new warehouse.”