The City In The Country: Saratoga Springs Seeks Your Input for Open Space Plan by April 16 Featured 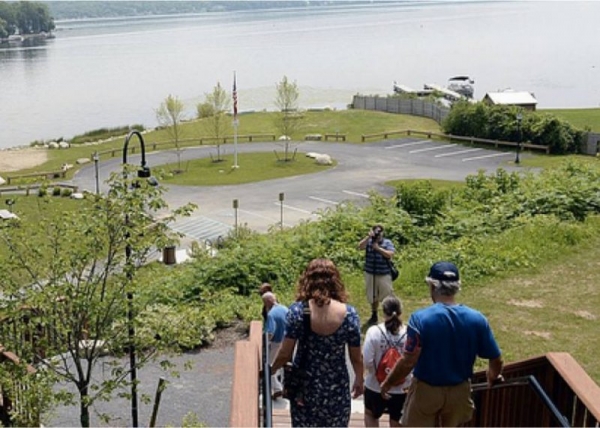 Last updated in 2002, the city is inviting community participation in a survey to help update its Open Space Plan. The survey deadline is April 16.

Originally developed in 1994 and updated in 2002, the Open Space Plan for the City of Saratoga Springs included a set of policy recommendations such as the preservation of wetlands, stream corridors and the development of trail systems aimed at furthering the communities’ vision of the “City in the County.”

By definition, Open Space is targeted as land which is not intensively developed for residential, commercial, industrial or institutional use, and may be publicly or privately owned. What land is defined as open space depends in part on its surroundings. A vacant lot or a small marsh can be open space in a big city. A narrow corridor or pathway for walking or bicycling is open space even though it is surrounded by developed areas.

Survey results will aid Saratoga Springs in updating the 2002 Open Space Plan and establish open space goals for the next five years. The update will inventory open spaces, identify special areas for protection, and establish priorities and potential funding to guide future acquisition and preservation.

The deadline to complete the survey is April 16, and it may be found on the project website at saratogaspringsopenspaces.com.