How to resolve AdBlock issue?
Refresh this page
Subscribe to this RSS feed

GLENS FALLS — The Board of Directors of Arrow Financial Corporation on April 28 declared a quarterly cash dividend of $0.26 per share payable June 15, 2021, to shareholders of record on June 2, 2021. This represents an increase of 3% over the cash dividend paid in the second quarter of 2020, as a result of the 3% stock dividend distributed on Sept. 25, 2020. 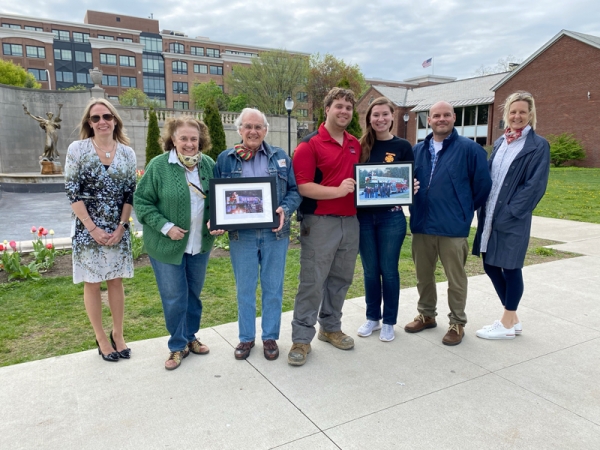 SARATOGA SPRINGS — The Downtown Business Association thanks Zac and Corrina King of King Enterprises/King Hose, Bob Giordano and Michele Erceg of Best Dressed Windows for their volunteer efforts to bring Santa Claus to the community last year during the DBA Victorian Streetscapes. The "Santa Claus is Coming to Town" effort placed Santa Claus on a King Hose firetruck where he visited young and old alike in the neighborhoods of Saratoga Springs.

SARATOGA — The Gateway House of Peace, a not-for-profit organization offering hospice care, has been serving the Saratoga County region since 2014 as a safe, comfortable and caring home for terminally ill patients.

Gateway House has always relied on the generosity of this community for support, as they are a donor-driven community organization which receives no insurance reimbursements or government funding, and care for residents and their families is at no fee to them.

Please contact Gateway House of Peace at 518-450-1273; This email address is being protected from spambots. You need JavaScript enabled to view it.

The most disruptive global crisis in more than 100 years presented an extraordinary challenge to culture and business, throttling the public and private life as we wrestled with a remedy for the pandemic and the disruption it caused. New routines like social distancing and remote working became “the normal.” Despite that negative impact, a positive paradigm shift developed in information security and even opened new paths for solutions where none previously existed. 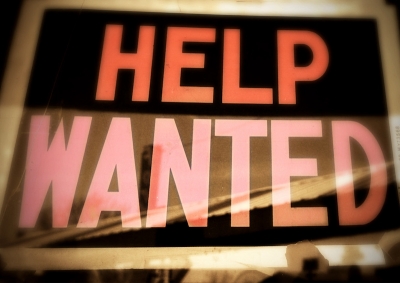 A recent job fair was held in our region with 110 companies and hundreds of job openings;

Fewer than 40 people showed up. 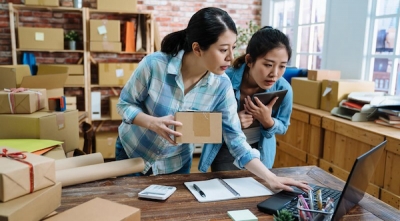 As a small business owner, having the right tools and resources is crucial for stability, growth and continued success. The same is true with your company’s banking relationship. When you partner with a financial institution, you want as much value and support as possible — both financially and strategically. 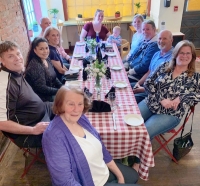 Phila Street’s newest eatery may be occupying the small space that was formerly Ravenous Creperie, but they have big plans for the future, including lunch, brunch, and a specialty plant based menu. 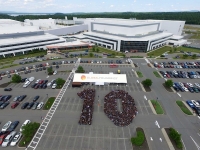 MALTA — Globalfoundries is relocating its headquarters to Malta, the site of Fab 8, the company’s most advanced semiconductor manufacturing facility.

GF has invested more than $15 billion in its Fab 8 facility over the last decade to support innovation and manufacturing capacity. In 2021, the company is doubling its planned investment to expand global capacity, with $500 million targeted for Malta alone.

Written by BY SARATOGA TODAY | PHOTOS BY THOMAS DIMOPOULOS

On Broadway: work continues at the former Saratoga Downtowner hotel, antisipated to reopen in early June as a Lark Hotel – which has properties in seven different U.S. states. The new venture is expected to keep the “Downtowner” name. 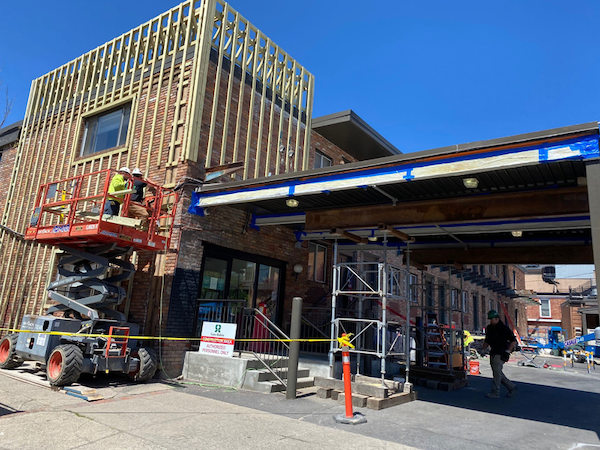 SARATOGA SPRINGS —The Phila Street site that formerly housed Peabody’s Sports Bar is slated to be reopened prior to the summer season as Nashville of Saratoga. The venue promises a “Nashville style country bar” and live events.

Job interviews will be held May 2 through May 4 and positions available include experienced cooks, bartenders, hosts and dish-washers. Go to: nashvilleofsaratoga.com.

SARATOGA SPRINGS — Matt McCabe, who for decades owned and operated several Saratoga Guitar locations in and around the community, died in January at his home from complications of COVID-19.

Last week, the shop on Broadway located next to City Hall, posted the following message:

After a great deal of consideration, we have decided to close Saratoga Guitar permanently. It pains us to do this, but after considering multiple avenues for its continuation we have come to a personal conclusion: Matt was the store.

Even if the store continued to exist in some form, it wouldn’t really be Saratoga Guitar.

Thank you to everyone who has supported us over the years. 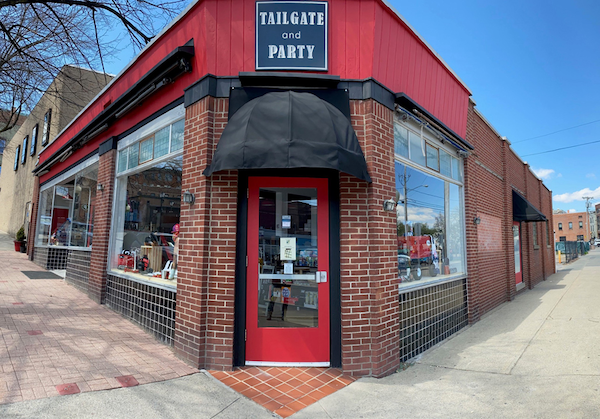 “You can honestly take an hour to just walk through here,” says owner Kirsten Lambert, who opened the initial store last June in a rented building on Caroline Street, and has since purchased the building where the new shop stands.  Open every day of the week. Go to: tailgateandparty.com.

SARATOGA SPRINGS — Rockefeller Capital Management this week announced the relocation of its Saratoga Springs location, the headquarters of its Family Office business. The new office will host all 40 employees in the Saratoga area.

To support the growing Family Office business and the complex needs of its clients, Rockefeller has relocated to the 3rd floor of 321 Broadway, to accommodate its growing team of senior client advisors and multigenerational wealth planning experts. This space will enable socially distant and COVID-safe protocols and allow for an increase in collaboration among employees by consolidating from two small floors to one larger floor.

For more information, go to: rcm.rockco.com/saratogasprings

SARATOGA SPRINGS — In 1996, Beth Weise Moeller, Ph.D., founded Interactive Media Consulting, LLC (IMC) as a website development company. Over the past 25 years, IMC has grown and evolved into a full-service digital marketing agency keeping pace with the ever-changing online world.

When Moeller established her woman-owned business, the digital profession was in its infancy, and tech-savvy women were a rarity.  At the time, there were less than 260,000 registered websites around the world. Today, twenty-five years later, there are over 1.6 BILLION websites registered internationally. Yet even as computers, the internet, and digital and social media have changed and grown at an astounding rate, women remain significantly underrepresented in the information and technology sector, accounting for approximately 25% of industry professionals.

Every year since its founding, IMC has given back to the community, supporting dozens of nonprofits and local organizations with digital marketing assistance. Over the years, IMC has worked with many youth or arts organizations, providing ongoing support to ensure continued growth and success.

A passionate advocate for the arts and entrepreneurship, Moeller has long been committed to promoting artists and counseling small businesses. In 2015, Moeller introduced Arts Spark, a division of IMC established to “Help Artists With The Business of Being An Artist.” In 2019, Moeller launched The Innovation Center at Saratoga, Inc., a nonprofit collaborative makerspace where artists, entrepreneurs, and community members join together to learn, create, and innovate. Moeller’s vision includes programs where students can explore STEM in a
hands-on environment.

SARATOGA SPRINGS – Stewart’s Shops traces its origins back more than 75 years when the Dake brothers purchased a small dairy and ice cream business in Ballston Spa. Family and employee owned, it is now run by second and third generations of the Dake family.

The 401(k) has become the de facto method of retirement savings for many Americans. Because it is more often than not the centerpiece of one’s finances, it is important to ensure its maximum efficiency. Mistakes can be costly, and they should be relatively easy to avoid given proper planning. We will look at the three biggest to provide an easy checklist for your situation.

SARATOGA SPRINGS — Martin Nemer, founder of Nemer Motor Group, died unexpectedly of a heart attack at age 53. Nearly five decades later, his family still thinks about what might have been.